SOUNDGARDEN SET TO RELEASE ‘ECHOES OF MILES: SCATTERED TRACKS ACROSS THE PATH’, COLLECTION OF RARE AND UNRELEASED SONGS

Less than 24 hours after releasing their new single “Storm”, Soundgarden have confirmed that they will be dropping a massive 3-disc set of unreleased tracks and rare gems entitled Echoes of Miles: Scattered Tracks Across The Path on November 24. The collection includes seven previously unreleased tracks including the new single “Storm”. Guitarist Kim Thayil personally selected the tracks for the album. “As album sets go, this one has been fun to collect and compile over the decades,” Kim stated. “I personally may have referenced this project a number of 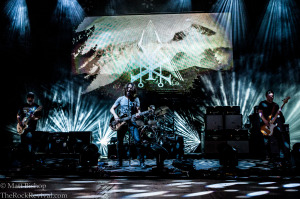 times over the years, going back almost twenty of them to the mid-Nineties. For the first time, Echoes of Miles collects and curates all these ‘scattered tracks across the path’.” The set will contain unreleased tracks, B-sides, covers, demos, and instrumental pieces.

Over the weekend, Soundgarden performed at Neil Young‘s Bridge School Benefit. The performance also featured a Temple of The Dog reunion, which added greatly to the energy of the show. Now, the band have unveiled the first new piece of music since King Animal, the band’s first studio LP in 16 years which came out on November 13, 2012. The album debuted at #5 on the Billboard Top 200, and sold over 83,000 copies in it’s first week of sales. The band recently completed a massive North American co-headlining tour with Nine Inch Nails that featured support from The Dillinger Escape Plan.  – by Matt Bishop 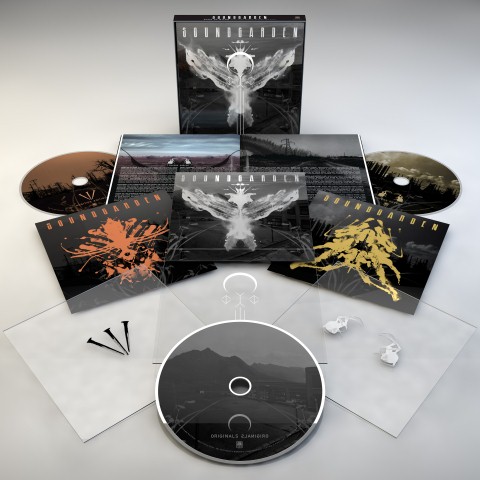