Today, alternative rock outfit Circa Survive released the music video for their new “Schema”, the lead single off their upcoming album Descensus. The album is set to drop on November 24 via Sumerian Records. The album is the much anticipated follow-up to 2012’s Violent Waves, an independent release that debuted at #15 on the Billboard Top 200. For their new record, the band teamed with jack-of-all-trades Will Yip of Studio 4 who produced, engineered, and mixed the album. The band is set to tour this winter with support from Title Fight, along with Tera Melos and Pianos Become The Teeth on select dates. The trek kicks off on November 4 at the House of Blues in Boston, PA and wraps up with to close-to-home shows at Union Transfer in Philadelphia, PA on December 13-14. In the summer of 2013, Circa Survive played the main stage on the Rockstar Energy Drink Uproar Festival alongside Alice In Chains, Jane’s Addiction, and Coheed and Cambria. – by Matt Bishop 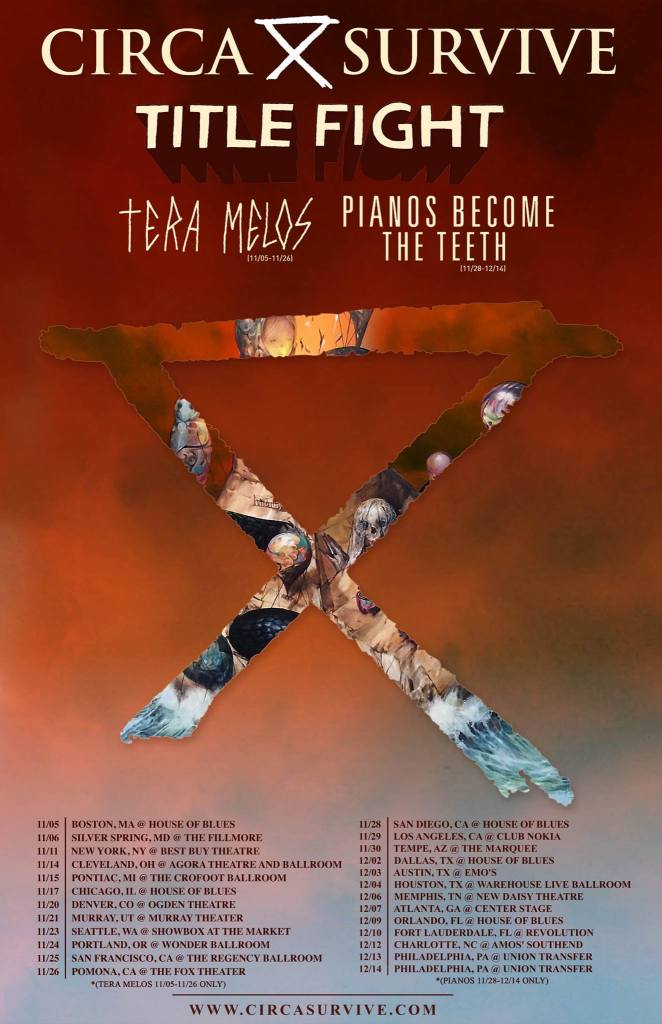 Welcome to the Revival of rock 'n' roll music. The way you used to hear rock, see rock, and feel rock is going to be shattered into a million pieces, reassembled, and revived. Dive into the realm of rock with interviews, concert coverage, and breaking news that make the music seem real again - in your ears, in your mind, and right in front of your very eyes. You'll feel the cool steel of the guitar strings and the smooth wood grain of the drum sticks right in your hands, all with the echoes of reverb in your head. This is the way rock was supposed to be experienced. Welcome to the Revival of rock 'n' roll music.
View all posts by Matt Bishop →
Tagged  alternative rock, circa survive descensus, circa survive new music video, circa survive schema, sumerian records, The Rock Revival, TheRockRevival.com.
Bookmark the permalink.