New Jersey hardcore punks Senses Fail have announced the 2014 Let It Enfold You Tour in celebration of the band’s 10th anniversary. The trek kicks off on September 3 at the House of Blues in San Diego, CA and wraps up on October 3 at The Glass House in Pomona, CA. Special guests on the bill will be No Bragging Rights and Knuckle Puck. This tour will be the band’s first run without drummer Dan Trapp, who was the last original member of the group. Trapp announced his departure back in early May. Senses Fail are set to play the 10th Annual Riot Fest during their tour run on September 12 in Chicago, IL alongside The Cure, Jane’s Addiction, Slayer, Social Distortion, Rise Against, Weezer, Bring Me The Horizon, Mastodon, The Offspring, and many more. – by Matt Bishop (@The_MattBishop) 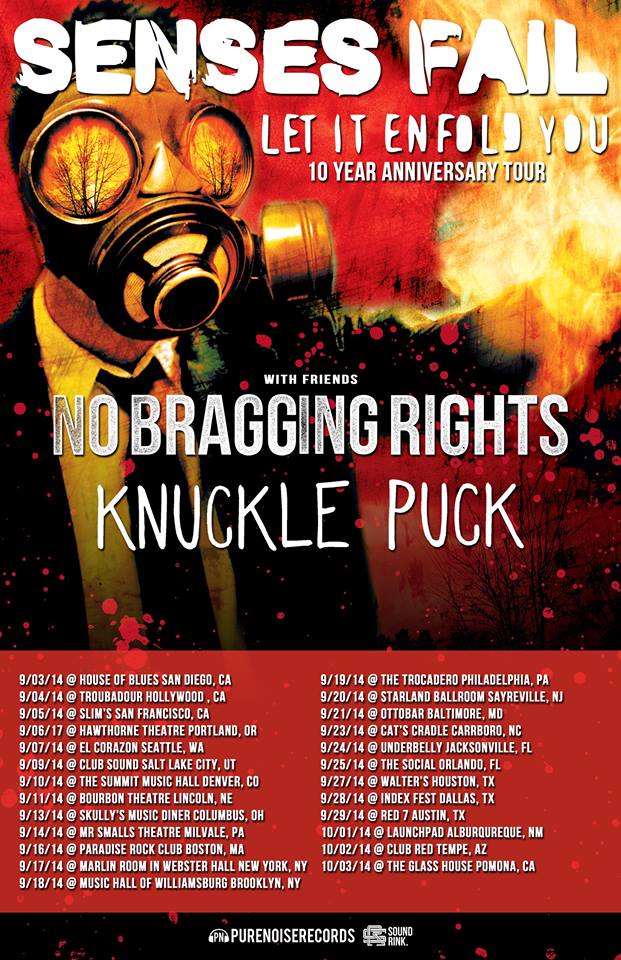