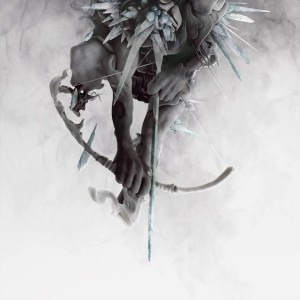 Linkin Park have unleashed another new track from their much-anticipated new album, The Hunting Party. The official lyric video for the ultra-heavy “Wastelands” can be viewed above. The band’s upcoming album is due out on June 17, and is the follow-up to 2012’s Living Things which debuted at #1 on the Billboard Top 200. Album artwork for the new disc can be seen to the left. In the wake of the album’s release, Linkin Park will be hitting the road with Thirty Seconds To Mars and AFI on one of the most highly-anticipated tours of the summer. Tickets are on sale now via www.CarnivoresTour.com. 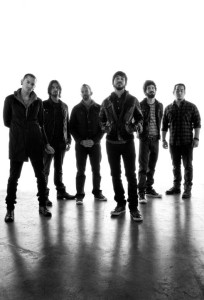 their debut LP, Hybrid Theory. The album produced four massive hit singles, and garnered the band their first Grammy Award nomination for Best Rock Album. The band won the Grammy for Best Hard Rock Performance for the single, “Crawling”. The disc went on to be certified diamond in 2005, and is currently the best-selling debut album of of the 21st century. The band supported the album with relentless touring, including appearances on Ozzfest and Family Values Tour. The band avoided the sophomore slump when their second album, 2003’s Meteora, debuted at #1 on the Billboard Top 200. The album spawned an astounding five hit singles, and the band toured the world with support from P.O.D., Story of The Year, and Hoobastank. That summer, Metallica invited Linkin Park to take part in their Summer Sanitarium Tour. Over the next seven years, Linkin Park released two more studio LPs – 2007’s Minutes To Midnight and 2010’s A Thousand Suns. Both records debuted at #1 on the Billboard Top 200 and quickly went platinum. In 2012, the band released their latest effort, Living Things. Once again, the band took the #1 spot on the Billboard Top 200. They co-headlined the Honda Civic Tour with Incubus, and played Australia’s Soundwave Festival alongside Metallica, Paramore, Slayer, and others. In addition to the Carnivores Tour, the band is slated to play Download Festival, Rock am Ring, and Rock im Park in Europe. – by Matt Bishop (@The_MattBishop)