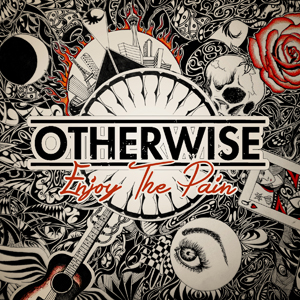 Las Vegas legends Otherwise have premiered their new single, “Miles of Rain”, from their upcoming acoustic EP, Enjoy The Pain. The five-track release is set to drop on Halloween (October 31), and will be a free download for all fans. The band recorded the album all while on tour the past few months. It’s a raw record, and truly captures the emotion and essence of Otherwise. With the massive success of their major label debut, 2012’s True Love Never Dies, the band has been touring relentlessly for the last year and a half. After dropping their third hit radio single, “Die For You”, over the summer, the band wasn’t ready to stop touring, yet the itch to put out new music needed to be scratched. The Wize Onez decided that this acoustic EP would be the perfect snack to hold fans over until the next meal, and give them a deeper look into the heart and soul of the band.

Since June 2012 when their debut album was released via Century 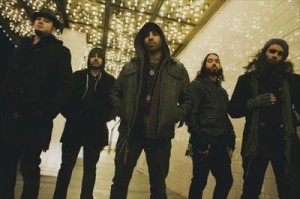 Media Records, Otherwise have only taken two very short breaks from touring. This trek in support of True Love Never Dies has seen them rock out with the likes of Sevendust, Papa Roach, Stone Sour, Pop Evil, Three Days Grace, Lacuna Coil, Filter, Red, and more. In addition to touring, Otherwise have played some of the country’s biggest festivals, including Rock On The Range in Ohio and Carolina Rebellion in North Carolina. Perhaps the band’s breakout performance came in 2011 at a huge hometown festival, 48 Hours Festival. The local heroes rocked out a brief set, and later handed me their demo on a burned CD in a white slipcase. We did a cool interview on the red carpet, and the rest is history. This new EP captures Otherwise perfectly in the moment. This band has been through a lot of struggle and heartache, but they’ve come to thrive on it. The title of this record couldn’t be more appropriate.

The band is currently winding down their last tour leg with Filter, Red, and We As Human. I caught two of the band’s east coast shows last week, and they are certainly finishing strong. After the tour wraps up in two days in Fort Smith, AK. From there, the band will head home to Sin City for a short break. There’s no rest for the wicked, however. The band already has plans to hit the studio soon after they get home and begin work on their sophomore album. Last week before their show at the Gramercy Theater in New York City, the band taped a special SiriusXM Octane Takeover, which includes an interview with the band, a special acoustic performance, and the announcement of the website where the new EP will be available for download. The special will premiere on October 31 at 5PM ET/2PM PT and run daily through November 4. – by Matt Bishop

“‘ENJOY THE PAIN‘ is our gift to you. It’s our way of saying thank you for the success you’ve helped us earn, and a little something to hold you over until our next full length album is released in 2014. We recorded this entirely on our own, on the road, in between shows while out on tour. If we couldn’t find a quiet bedroom or bathroom to track in, we’d record while literally driving down the highway. The process wasn’t easy. It wasn’t slick. It wasn’t normal. It didn’t adhere to any set of rules, guidelines, or industry standards. At times it was painful, and we enjoyed every minute of it. So please, ‘ENJOY THE PAIN’ with us, and enjoy this EP.” – Otherwise 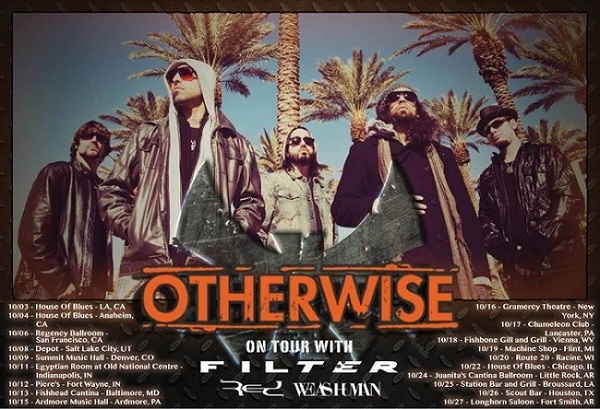