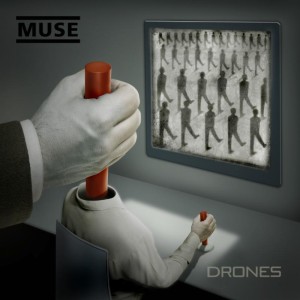 Muse have announced their brand new album Drones which is due out on June 9 via Warner Bros. Records.  The band worked with renowned rock producer Robert “Mutt” Lange (AC/DC, Foreigner, Maroon 5, Nickelback, Def Leppard, The Cars) on the new outing. Tomorrow, March 12, the band will premiere the track “Psycho” at 6pm GMT/2pm EST. The song will be available for download immediately when fans pre-order the album starting at 7:30pm GMT/3:30pm EST. The album’s first official single “Dead Inside” will be unleashed on March 23. Muse are set to embark on the Psycho UK Tour from March 15-23 (dates and venues below). Tickets are available for presale now via Muse.mu. This summer, the band are set to headline Rock In Vienna on June 4-6 in Austria alongside Metallica and KISS, and Download Festival on June 12-14 in the UK alongside Slipknot and KISS.

Muse was formed in 1994 by Matt Bellamy, Dominic Howard and Chris Wolstenholme. Their previous five studio 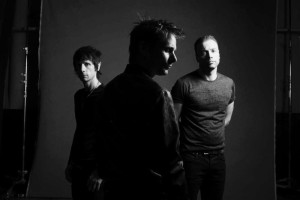