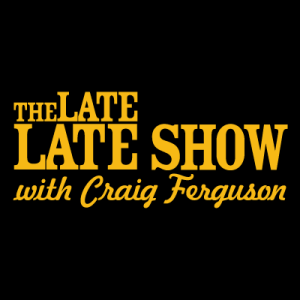 Following in the footsteps of David Letterman, late-night talk show host Craig Ferguson will be putting heavy metal icons Metallica up for a week-long residency to celebrate the final season of his series The Late Late Show with Craig Ferguson on CBS. Metallica are following in the footsteps of Foo Fighters, who just wrapped up a week-long stint on The Late Show with David Letterman. The band issued a collective statement, saying, “We’re excited to celebrate Craig Ferguson’s final season on CBS as he has personally invited us to join him for an entire week of performances starting Monday, November 17th. We’ll be playing every night that week and on the first night (Monday) we’ll sit down with Craig to chat about all things ‘Tallica.” Metallica embarked on a massive world festival tour this summer, and are currently working on new music for their next album. The band will be releasing a 12″ vinyl of their new single“Lords of Summer” on November 28 for Record Store Day, and they will be releasing the live recordings from every 2014 show on CD and vinyl starting in November. The band is set to play The Concert for Valor in Washington, D.C. on November 11 alongside The Black Keys, Bruce Springsteen, Dave Grohl (Foo Fighters), and others. Next year, the band will headline the first-ever American installment of Rock in Rio in Las Vegas, NV. In it’s final season, The Late Late Show with Craig Ferguson airs on CBS every weeknight at 12:35am EST. – by Matt Bishop