Today, Mastodon unveiled a brand new track “High Road”, which is streaming now on the band’s website. “I wrote that on a day off while we were on tour in Luxembourg,” said guitarist Bill Kelliher. “I was sitting in this rainy city on a Sunday, and nothing was open. I felt like I needed to write something to reflect how I was feeling. I started banging on a guitar. I was thinking Neurosis and the Melvins low-tuned with a little more pop sensibility for the chorus.” Drummer Brann Dailor adds, “You can headbang to that one for days. I love the simplicity of it. Lyrically, it’s an angry number where you want to see someone destroyed. It’s heavy-handed in that sense, but it’s the fantasy I felt at the time.” The new song is the first track from their upcoming new album Once More ‘Round The Sun. The band has been working with Grammy Award-winning producer Nick Raskulinecz (Deftones, Foo Fighters, Rush, Velvet Revolver).

Mastodon will he hitting the road for spring headlining tour of the U.S. After being a featured act on this past summers Rockstar Energy Drink Mayhem Festival, and then touring Europe sparingly, the new tour begins on April 29 at the Roseland Theater in Portland, OR. The tour ends on May 17 at the Electric Factory in Philadelphia, PA just one day before the band’s performance at Rock On The Range 2014 in Columbus, OH on May 18. Support for the tour will be provided by Gojira and Kvelertak. Mastodon’s last album, 2011′s The Hunter, debuted at #10 on the Billboard Top 200. – by Matt Bishop (@The_MattBishop) 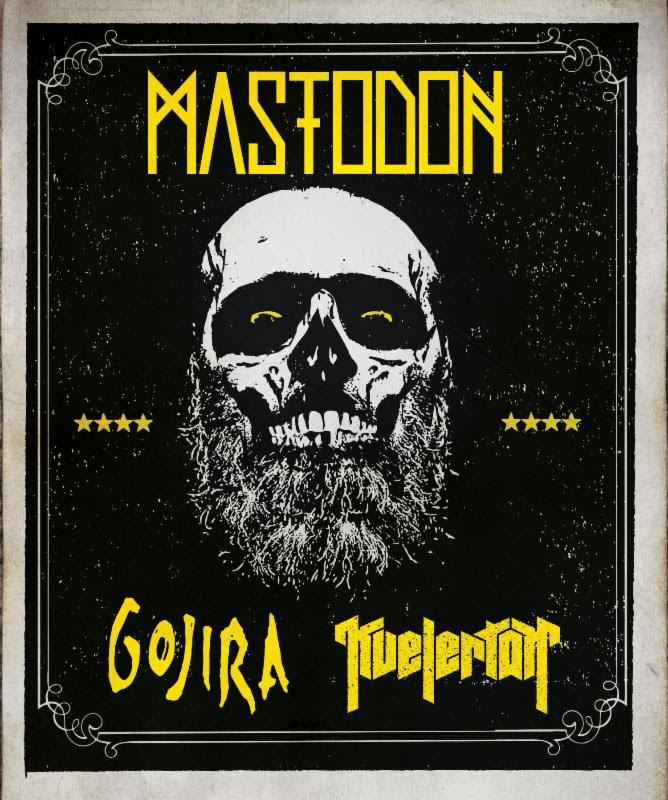