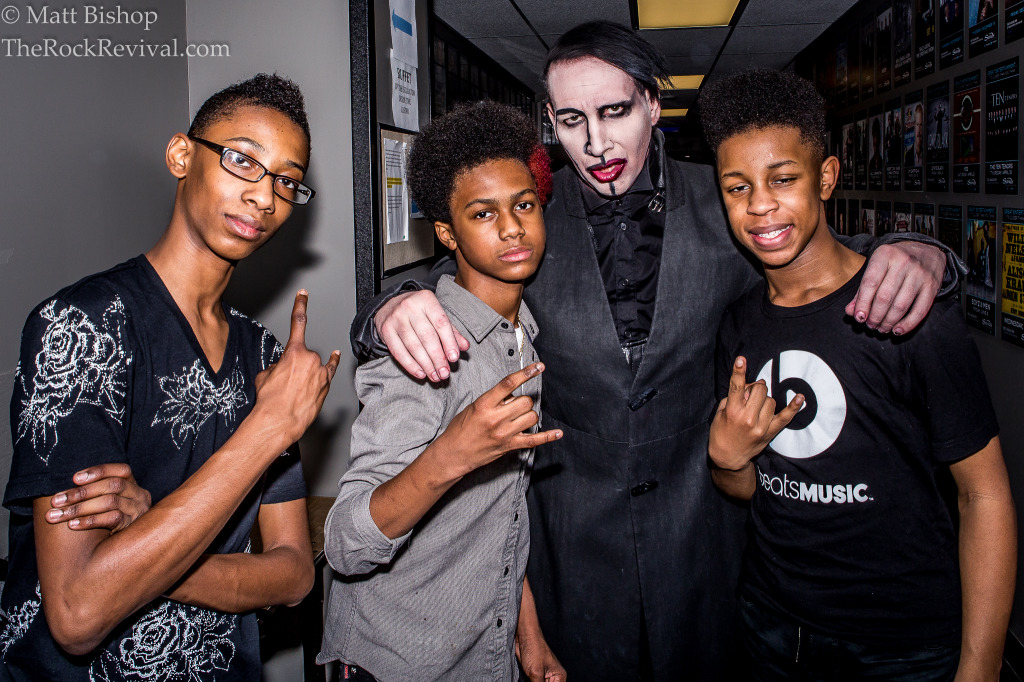 Last night at the Sands Event Center in Bethlehem, PA, shock rock icon Marilyn Manson performed his 1996 classic “The Beautiful People” with very special guests Unlocking The Truth, a teen metal trio from Brooklyn, NY. After the band’s opening set, Manson greeted the trio backstage to congratulate them and pose for a photo (above). Then, he invited the band to come jam for “The Beautiful People”. Unlocking The Truth are no stranger to supporting legends, especially at the Sands. The band also opened for Guns N’ Roses at their one-off show at the same arena last May. After the song, Manson stated, “Three black kids from Brooklyn on stage with 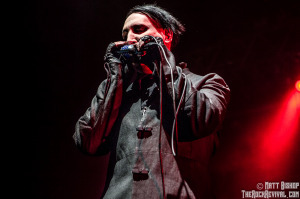 Marilyn Manson. Unlocking The motherfuckin’ Truth.” Given the aggressive racism our country has seen over the last few months, Manson’s statement was just beautiful. No matter what is going in the outside world, rock ‘n’ roll remains forever colorblind.

Unlocking The Truth have been very productive over the last year or so. In our exclusive interview backstage at Warped Tour in Camden, NJ over the summer, the band revealed that they are currently working on music for a debut studio album. The band played a few select dates with Queens of the Stone Age after their stint on Warped Tour, and then they hit the road with the legendary Living Colour in September. To top it all off, the band also inked their first-ever recording contract. The deal, with Sony Music, is worth up to $1.7 million. Last April, the band played the Coachella Music & Arts Festival in Encino, CA alongside the likes of Muse, Queens of the Stone Age, AFI, Motörhead, The Cult, Cage The Elephant, Beck, Arcade Fire, Crosses †††, and many more.  – by Matt Bishop 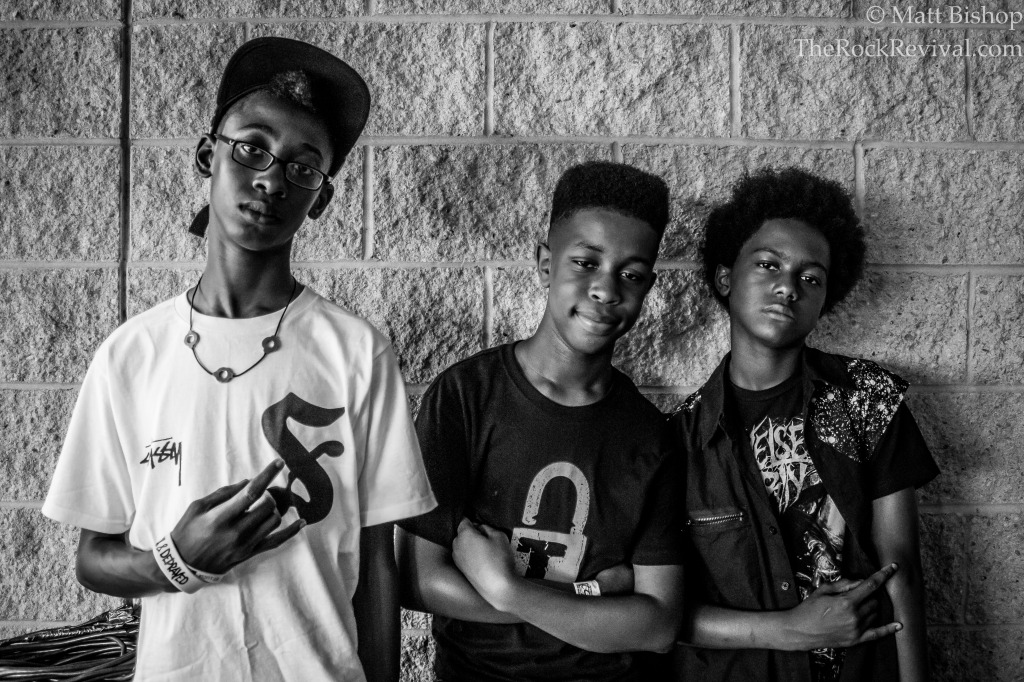 DEEP SIX - A CONVERSATION WITH TYLER BATES OF MARILYN MANSON