Rap-metal legends Limp Bizkit have announced their 2014 U.S. tour. The run kicks off with the band’s co-headlining appearance at the Monster Energy Drink Aftershock Festival on September 13 in Sacramento, CA. The band will also be making a stop at the Louder 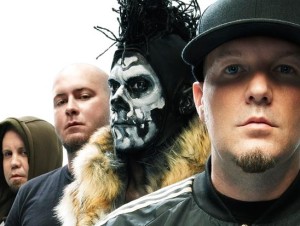 Than Life Festival in Louisville, KY on October 4. The trek wraps up on October 12 at The Fillmore in Silver Spring, MD. On November 15, the band will head to Japan for Knotfest alongside Slipknot, Korn, and more. Limp Bizkit are set to release their brand new single “Endless Slaughter” tomorrow. Over the past two years, the band has been hitting the festival circuit around the world. Last spring, they were a featured act at Carolina Rebellion in North Carolina. This summer, the band has appeared at Sonisphere, Graspop Metal Meeting, Pinkpop, Aerodome Festival, Nova Rock, and many more. The band’s seventh studio album, Stampede of the Disco Elephants, is due out later this summer. Throughout their career, Limp Bizkit have been nominated for three Grammy Awards and sold over 40 million albums worldwide. – by Matt Bishop