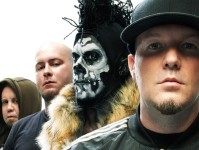 Rap-metal legends Limp Bizkit have announced their 2014 U.S. tour. The run kicks off with the band’s co-headlining appearance at the Monster Energy Drink Aftershock Festival on September 13 in Sacramento, CA. The band will also be making a stop at the Louder Than Life Festival in Louisville, KY on October 4.… Continue reading