Godsmack have officially begun work on their upcoming seventh studio LP. Frontman Sully Erna posted a photo of a flametop Gibson Les Paul on his official Instagram account with the caption “Let the writing begin…” The picture and post can be seen below. The album is apparently set for a 2018 release. 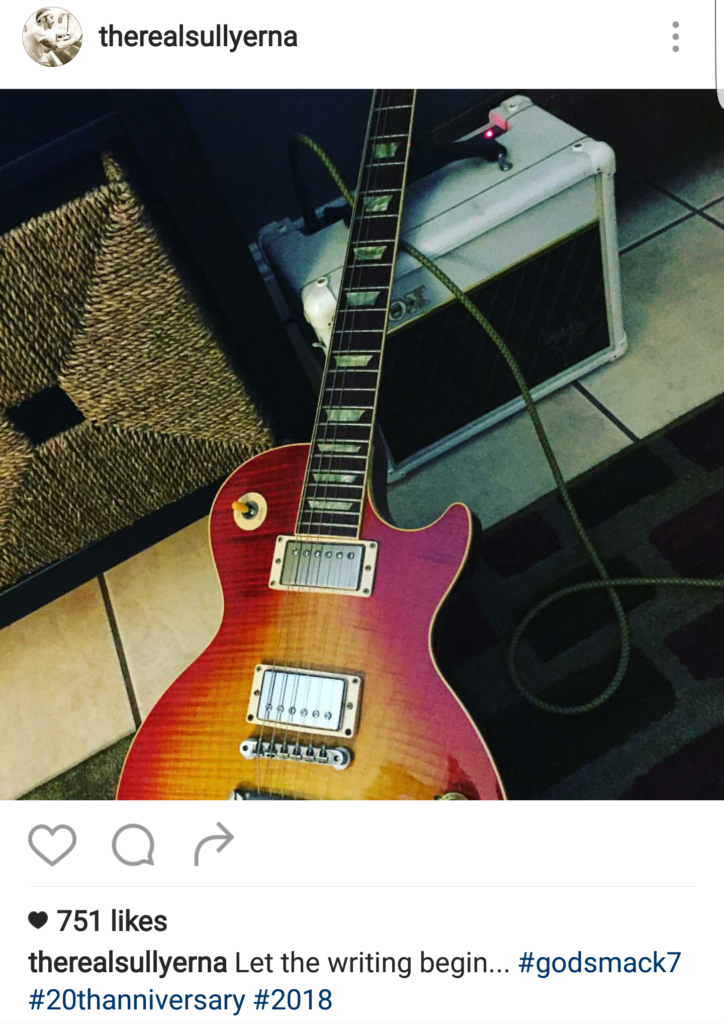 The untitled new album will be the follow-up to 2014’s 1000HP. The disc peaked at #3 on the Billboard Top 200, #2 on Billboard Rock Albums, and #1 on Billboard Hard Rock Albums. Erna also noted in his social media post that Godsmack will celebrate the 20th anniversary of the band’s seminal self-titled debut album. This year, Godsmack will hit the U.S. festival circuit with performances at Chicago Open Air, 93.3 WMMR’s MMR*B*Q, Northern Invasion, and River City Rockfest.