Home » RENAISSANCE MAN – A CONVERSATION WITH SULLY ERNA OF GODSMACK

RENAISSANCE MAN – A CONVERSATION WITH SULLY ERNA OF GODSMACK 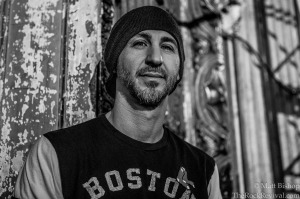 For nearly 20 years, Godsmack have been a relentless rock ‘n’ roll force in music. Much of their success and endurance is credited to frontman Sully Erna. The multi-instumentalist is a powerful songwriter with an intense stage presence, and he’s certainly become one of the great frontmen of his generation alongside the likes of Corey Taylor (Slipknot, Stone Sour), Jonathan Davis (Korn), David Draiman (Disturbed), Jacoby Shaddix (Papa Roach), and very few others. In due time, Erna could go down as one of the greatest of all time. In just eight years, four-time Grammy Award nominees Godsmack will be eligible for the Rock and Roll Hall of Fame. With the recent release of their new album 1000hp, it’s clear that the band’s engine is still roaring and there’s plenty of fuel left in the tank.

After a successful headlining run on this summer’s 2014 Rockstar Energy Drink Uproar Festival, 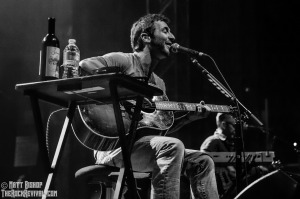 Godsmack are taking a bit of time off as they gear up for a big year in 2015. Erna, however, is taking this time to hit the road for some solo acoustic shows. In 2010, Erna released his first solo album Avalon. The disc cracked the Top 25 on the Billboard 200 and featured a wide variety of instruments and arrangements. In recent years, Erna has blossomed into somewhat of a modern-day Renaissance man. In edition to Godsmack and his solo material, Erna has also begun to focus on acting. He’s been working with one of the industry’s top acting coaches and has landed a role in the upcoming film Bleed For This from executive producer Martin Scorsese. The film stars Miles Teller (Divergent, That Awkward Moment), Katey Sagal (Married…With Children, Sons of Anarchy), and others. “I play a blackjack dealer in a scene opposite Miles Teller,” Sully divulged. Erna is also working on a few other film and television projects, including a pilot with some of the cast from the hit television series Sons of Anarchy. It’s clear that Sully has an insatiable need to be creative, and he’s found more vehicles than just Godsmack in order satisfy his appetite for entertaining. 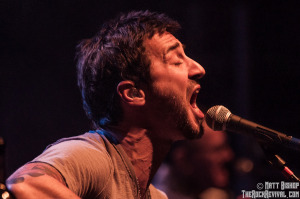 Erna’s solo show was a bit more stripped down than his previous tour that supported Avalon, but it was no less engrossing. Along with a stellar trio backing him, Erna played a great mix of solo songs, Godsmack tracks, and cover tunes. Fans were treated to Godsmack acoustic outings like “Running Blind”, “Touché”, and “Hollow”, which served as a beautiful tribute to rock music’s fallen angels. Throughout the song, photos of John Bonham (Led Zeppelin), Cliff Burton (Metallica), Jimi Hendrix, Janis Joplin, Elvis Presley, Kurt Cobain (Nirvana), Layne Staley (Alice In Chains), Dimebag Darrell (Pantera), and many others cascaded across the screen behind the band. Erna also did a few cover songs justice, including “No Excuses” by Alice In Chains, “Nothing Else Matters” by Metallica, “Time” by Pink Floyd, and others. Other highlights included “Avalon”, the title track from Sully’s solo album, and an emotional performance of “My Light”, a song about his daughter.

In 2006, Godsmack released their fourth album, simply titled IV. It debuted at #1 on the Billboard Top 200 and 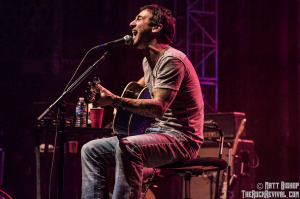 showed a less intense, but riffier Sabbath-like sound. Eventually going gold, it brought the band to a perfect point to release a “best of” collection: Good Times, Bad Times…10 Years of Godsmack, which came out in 2007. The album debuted at #35 on the Billboard Top 200, and featured a cover of Led Zeppelin‘s “Good Times, Bad Times”. Over the next 3 years, the band would take some time off to relax in light of their 10th anniversary. In 2009, Godsmack returned to the road on Mötley Crüe‘s Crüe Fest 2 Tour. In 2010, they unleashed their fifth studio album, The Oracle. It became the band’s third straight LP to debut at #1 on the Billboard Top 200, and it sold over 117,000 copies in it’s first week of sales. 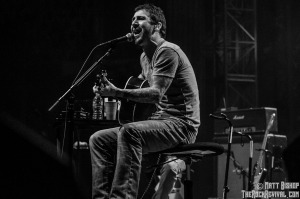 Godsmack toured relentlessly again with support from bands like Five Finger Death Punch and Staind. They co-headlined Mayhem Festival 2011 with Disturbed, and Uproar Festival 2012 with Shinedown. In May 2012, the band released their first live album, Live & Inspired, which included a bonus EP of cover tunes. On May 30 at the Boston Garden, Godsmack played Boston Strong: An Evening of Support and Celebration, a special benefit show for the Boston Marathon Bombings along with Aerosmith, Boston, Extreme, J. Geils Band, James Taylor, and more. Godsmack headlined the Rockstar Energy Drink Mayhem Festival this summer, and also co-headlined the Monster Energy Drink Aftershock Festival in Sacramento, CA back in September. Their new album 1000HP, was released back in August and is the long awaited follow-up to the band’s 2010 gold-certified The Oracle. Their new disc debuted at #3 on the Billboard Top 200, #2 on Billboard Rock, and #1 on Billboard Hard Rock via Universal Republic Records. The title track and lead single has been dominating rock radio since June. The band recently released the disc’s second single “Something Different”.

In February 2015, Godsmack will tour on the massive Soundwave Festival in Australia. In the spring, the band are set to perform at some of the biggest festivals in the world including Rock On The Range (US), Rock am Ring/Rock Im Park (Germany), Hellfest (France), Graspop Metal Meeting (Belgium), Welcome To Rockville (US), and more. There are only a handful of dates left on Sully’s current solo tour, and they can be found HERE. – by Matt Bishop 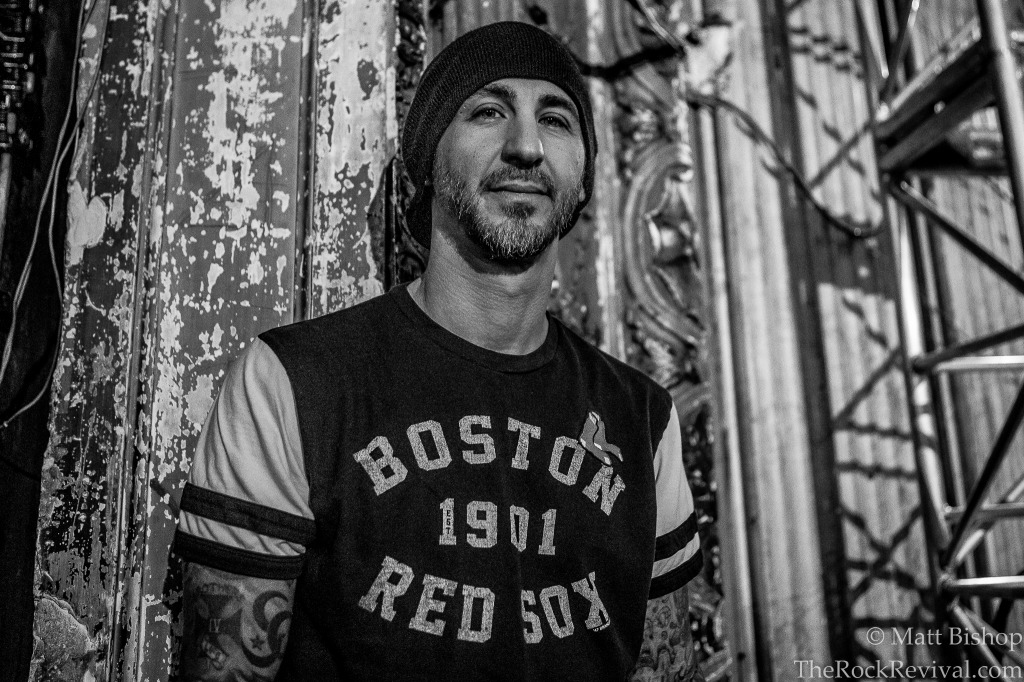