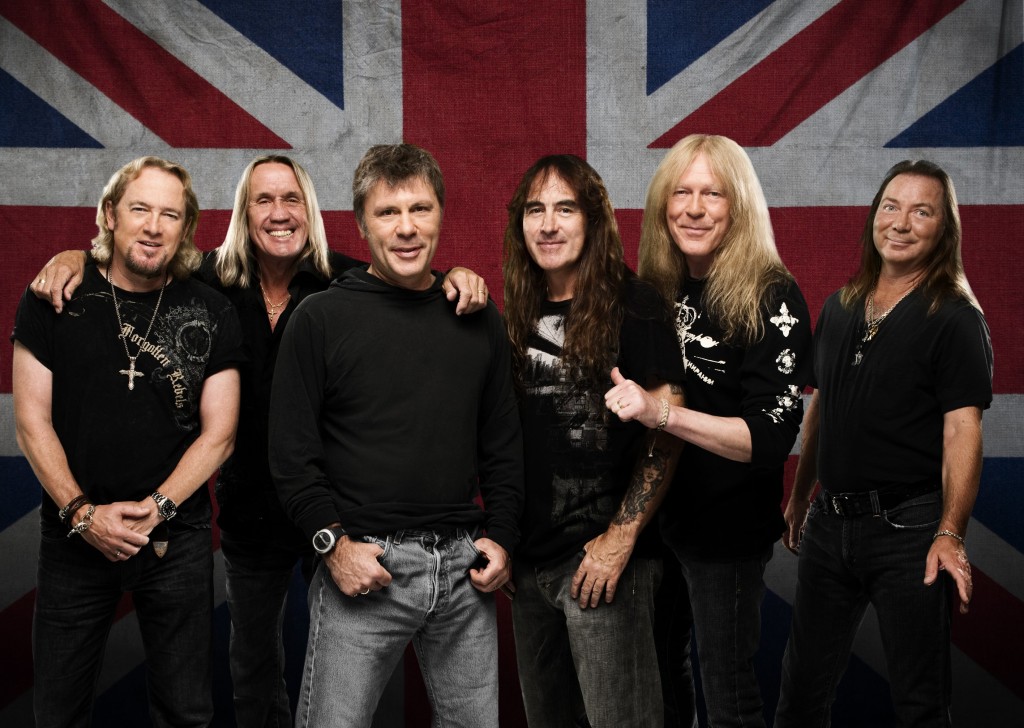 Heavy metal icons Iron Maiden have announced their return to North America for another leg of the Book of Souls Tour in 2017. After only playing a select number of dates in the U.S. last year, the band will mount a much larger run this summer with special guests Ghost. The trek kicks off on June 3 at Jiffy Lube Live in Bristow, VA and wraps up on July 21 at the Barclays Center in Brooklyn, NY. Tickets go on sale Friday, January 27 via IronMaiden.com/Tours. Fan Club pre-sale begins on Tuesday, January 24. A limited number of VIP upgrade packages are available via TrooperVIP.com.

“We are really looking forward to returning to North America for a full tour,” said bassist Steve Harris. “We had always planned to go back there and to the U.K. as last year, due to the global nature of the tour and the period it took, we just didn’t have time to cover them properly and we do still like to get to fans in as many places as possible! “So this year we’re able to reach many more cities in America, including a return to places Maiden haven’t played for many, many years like Lincoln Nebraska, Minneapolis, Oklahoma City and Oakland, California. We also welcome playing in Brooklyn for the first time.

Harris added, “We will, of course, be bringing the full production with us, including all the Eddies and the Maya-themed stage sets. There’s been a great reaction from everyone to this tour’s theme, people really seem to love it. We’re still deciding on the final setlist and we’ll work that out once we get into rehearsals. Most of our North American fans haven’t seen the show yet so as we want to give them the same Book of Souls live experience that we took around the world, it’s unlikely we’ll change much. And of course we know our fans appreciate us playing a lot of the older songs too, so we will continue to do that!”

The tour is in continued support of the band’s 2015 album The Book of Souls which peaked at #4 on the Billboard Top 200 via Parlophone Records (Europe)/BMG (U.S.). The band recorded the album in Paris with long-time producer Kevin Shirley (Led Zeppelin, Journey, Rush). The cover art was created by Mark Wilkinson, and because of it’s 92-minute running time, it became Maiden’s first-ever double studio album. Throughout their career, Iron Maiden have sold over 90 million albums worldwide. Among their numerous awards is their Grammy win for Best Metal Performance for “El Dorado” in 2011. 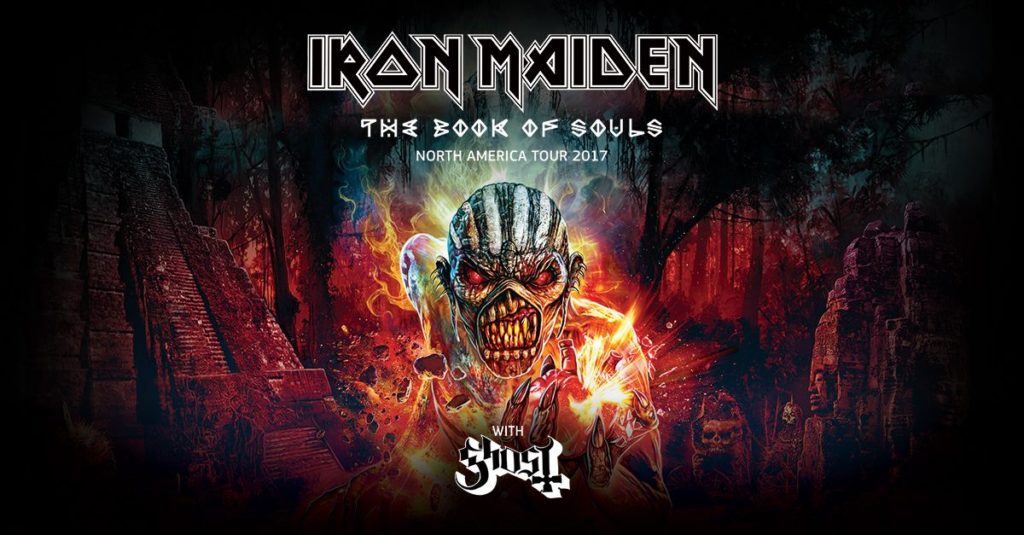