Rock News
by Matt Bishop
July 30, 2019March 19, 2022
(TRR) – Badflower have announced a fall U.S. headline tour. The 28-city trek kicks off on September 28 with an appearance at Louder Than Life in Louisville, KY and wraps up on November 2 at the Rex Theatrein Pittsburg, PA. The tour is in continued support of their critically-acclaimed debut album OK, I’M SICK.

“We are so excited for our first official US headline tour supporting our debut album,” frontman Josh Katz said in a statement. “Every night will be a performance you will never forget. For better or for worse.”

For each ticket sold, $1 per ticket will be donated to Sea Shepherd Conservation Society (SSCS),an international non-profit, marine wildlife conservation organization. Their mission is to end the destruction of habitat and slaughter of wildlife in the world’s oceans in order to conserve and protect ecosystems and species.
On the band’s decision to work with Sea Shepherd Conservation Society, Katz explains, “I’m a vegan. Animal rights are very important to me, but the bigger picture is that all life has value and my goal is to try to get, not just our fanbase, but the world, to think in those terms. We speak to many issues on the album but this one speaks to my heart and that’s why we decided to incorporate a charitable donation into this tour. Sea Shepherd is the ideal choice for making changes on a global scale.”
OK, I’M Sick landed #1 on Alternative New Artist Album, #3 Alternative Album and Billboard Top 200 charts. Through their deeply personal music, the album navigates subjects including anxiety, abuse, depression, social media and politics. The band produced a body of work that perfectly encapsulated the issues of their time.

The LA rockers recently scored their second consecutive #1 Hit on Mediabase at Active Rock and#1 on Billboard’s Mainstream Rock Charts with their single “Heroin,” which followed in the footsteps of their first #1 for debut single “Ghost.” Following the chart success, their current single “Promise Me” is now  #30 on the Alternative charts while they just released “The Jester” to Active Rock Radio where upon its arrival it was the most added song for the week and has quickly ascended inside the Top 30 on the Active Rock charts.

Badflower recently wrapped up support dates for Shinedown on the ATTENTION ATTENTION World Tour, and toured with Nothing More earlier this year. 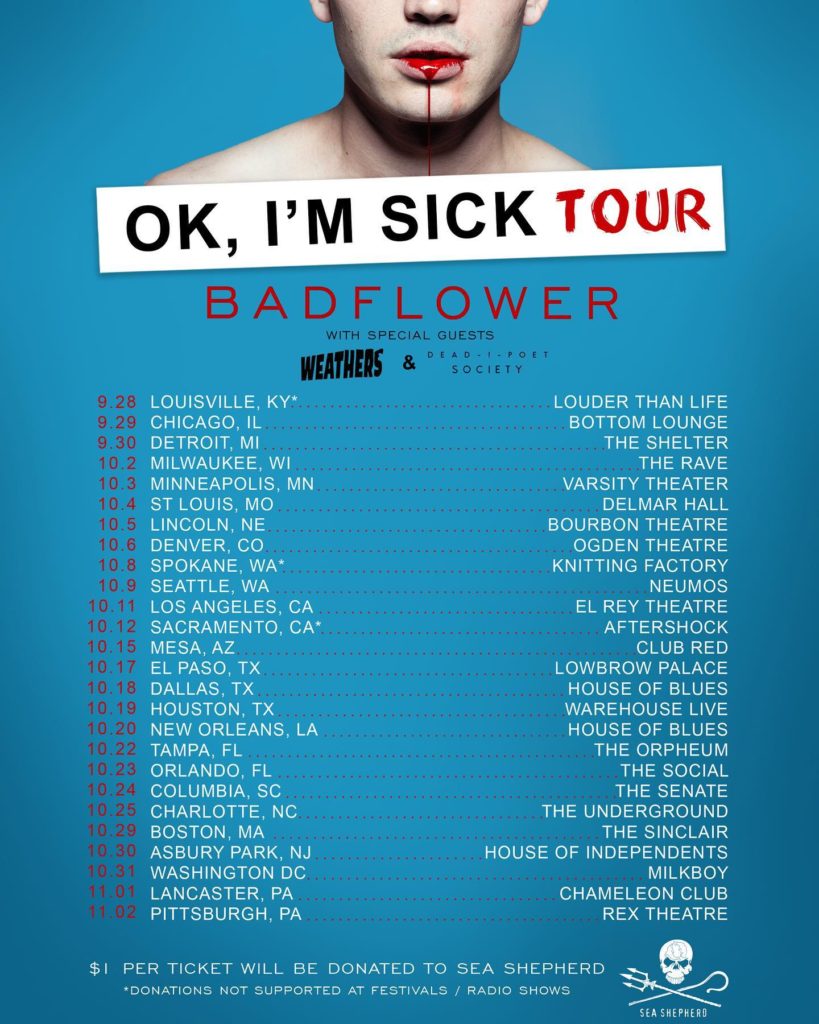