Home » Woodstock 50 Has Officially Been Cancelled 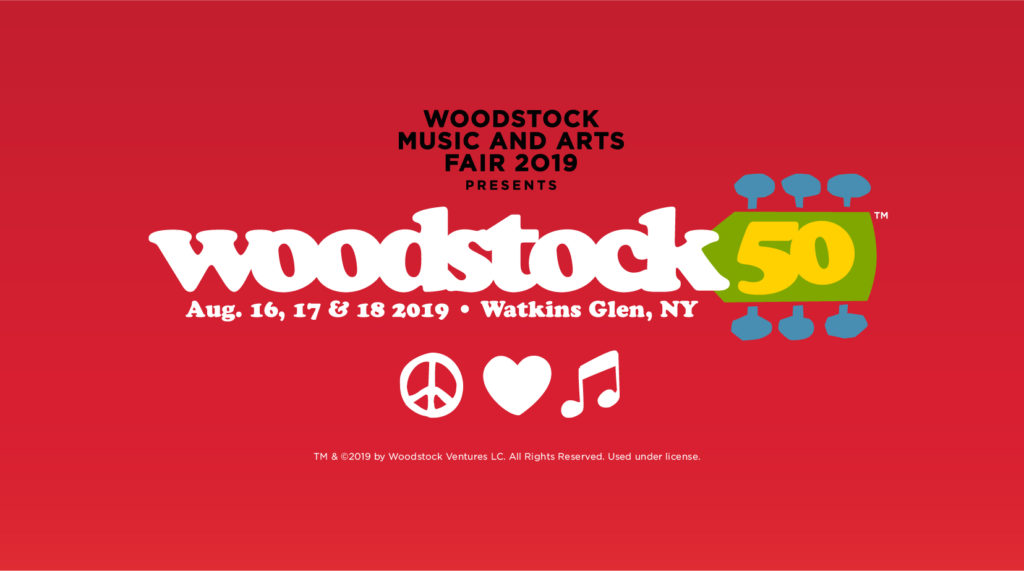 (TRR) – After a long series of setbacks, the highly-anticipated 50th anniversary celebration of the original Woodstock has been canceled, as first reported by Variety. The three day festival was originally slated to take place on August 16-18 in Watkins Glen, NY. High on the bill wererock and alternative acts The Killers, Santana, The Raconteurs, Dead & Company, The Black Keys, Imagine Dragons, and Cage The Elephant.

“We are saddened that a series of unforeseen setbacks has made it impossible to put on the Festival we imagined with the great line-up we had booked and the social engagement we were anticipating,” promoter Michael Lang said in a statement. “When we lost the Glen and then Vernon Downs we looked for a way to do some good rather than just cancel. We formed a collaboration with HeadCount to do a smaller event at the Merriweather Pavilion to raise funds for them to get out the vote and for certain NGOs involved in fighting climate change.

We released all the talent so any involvement on their part would be voluntary. Due to conflicting radius issues in the DC area many acts were unable to participate and others passed for their own reasons. I would like to encourage artists and agents, who all have been fully paid, to donate 10% of their fees to HeadCount or causes of their choice in the spirit of peace. Woodstock remains committed to social change and will continue to be active in support of HeadCount’s critical mission to get out the vote before the next election. We thank the artists, fans and partners who stood by us even in the face of adversity. My thoughts turn to Bethel and its celebration of our 50th Anniversary to reinforce the values of compassion, human dignity, and the beauty of our differences embraced by Woodstock.”

Principal of Woodstock 50 Greg Peck added, “The unfortunate dispute with our financial partner and the resulting legal proceedings set us off course at a critical juncture, throwing a wrench in our plans and forcing us to find an alternate venue to Watkins Glen. The timing meant we had few choices where our artists would be able to perform. We worked hard to find a way to produce a proper tribute—and some great artists came aboard over the last week to support Woodstock 50 — but time simply ran short.  We are greatly disappointed and thank all of our supporters, including the team at Merriweather Post Pavilion and Howard County Executive Calvin Ball. Woodstock’s values of peace and tolerance are more important today than ever for all of us to stand for and we look to the future for ways to honor and celebrate these ideals.”

Woodstock 50 was canceled once before back in April. According to reps for the festival, concerns over permits, site readiness, and crowd capacity were the main issues that led to the cancelation. After the festival missed a deadline to start selling tickets last week, representatives reach out to both Live Nation and AEG soliciting a $20 million investment to save the festival. Both companies declined.

Lang, co-creator of the original Woodstock in 1969, had enlisted the services of Superfly, a festival organization company, to handle the logistics of the massive music outing.

Most recently, the festival was moved to Merriweather Post Pavilion in Maryland, with hopes of a revival. However, several artists atop the bill began to pull out one by one over the last several days.