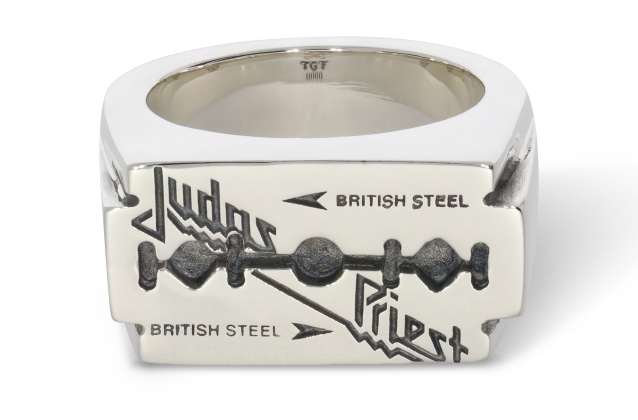 (TRR) Heavy metal icons Judas Priest have collaborated with bespoke jeweler The Great Frog for two signature rings. The pieces commemorate some of the band’s legendary album art. They are available now as part of The Great Frog’s Collaborations Collection.

“It is with great pleasure and excitement we announce the release of our TGF x Judas Priest collaboration,” a statement from The Great Frog read. “Inspired by some of the band’s most iconic album artwork, owner and designer Reino has created two rings capturing the essence of the band in true TGF style; bold and timeless chunky silver pieces that’ll last you a lifetime, oozing heavy metal.

With more than 50 million albums sold worldwide fifty years after they first formed, Judas Priest are often described as one of the most influential heavy metal bands ever, and helped create the genre as we know it today. They were also the first ones to bring leather and chains to the metal masses which is why they tie in perfectly with what we do. We couldn’t be more thrilled about this collaboration, and we hope you’ll love it just as much as we do.”

The “British Steel” and “Skull” rings are available now HERE.

The Great Frog are based Carnaby, London. Since 1972, they have been hand-crafting jewelry inspired by rock and heavy metal. Now, the company has locations in London, New York, Los Angeles, and New Orleans.

Over the past few years, The Great Frog have collaborated on pieces with the likes of Motörhead, Iron Maiden, Slayer, Mötley Crüe, Bring Me The Horizon, and Ghost. Throughout their history, they have created custom pieces for members of Metallica, The Rolling Stones, Def Leppard, KISS, The Who, Aerosmith, Bullet For My Valentine, Arctic Monkeys, and Led Zeppelin, amongst others.

Last March, Judas Priest released their eighteenth studio album Firepower. The record saw the band reunite with producer Tom Allom who worked with them on 1988’s Ram It Down. The album debuted at No. 5 on the Billboard Top 200, giving the band their highest-charting debut in the United States.

On June 29, the band wrapped up another U.S. leg of their Firepower Tour at The Joint at Hard Rock in Las Vegas, NV with special guests Uriah Heep. 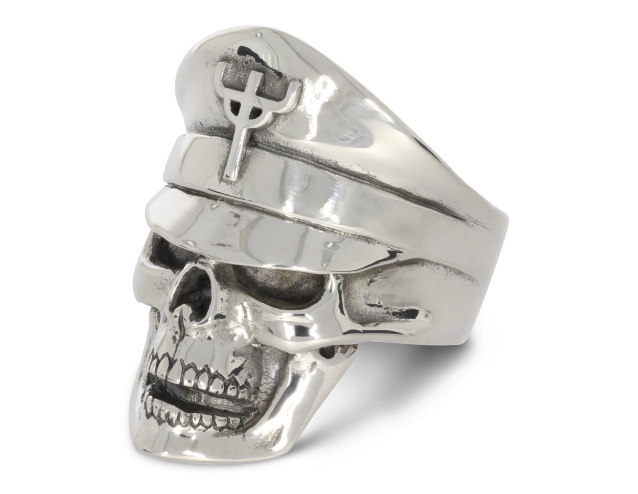 Welcome to the Revival of rock 'n' roll music. The way you used to hear rock, see rock, and feel rock is going to be shattered into a million pieces, reassembled, and revived. Dive into the realm of rock with interviews, concert coverage, and breaking news that make the music seem real again - in your ears, in your mind, and right in front of your very eyes. You'll feel the cool steel of the guitar strings and the smooth wood grain of the drum sticks right in your hands, all with the echoes of reverb in your head. This is the way rock was supposed to be experienced. Welcome to the Revival of rock 'n' roll music.
View all posts by Matt Bishop →
Tagged  fashion, judas priest, ring, the great fog.
Bookmark the permalink.