(TRR) – Metallica recently announced that they will perform at the grand opening of the all-new Chase Center in San Francisco. On Friday, September 6, the metal titans will reunite with the San Francisco Symphony for a special 20th anniversary performance of S&M. The S&M² performance will kick off SFS Musical Director Michael Tilson Thomas’ last season at the orchestra’s helm.

Now, the band have confirmed that a film of the concert is coming to theaters for one night only on Wednesday, October 9.

In a statement, Metallica said, “On October 9th, we are psyched to be bringing S&M² to over 3,000 movie theaters around the world for one night only!”

Details on purchasing tickets for showings will be available soon at www.Metallica.Film. 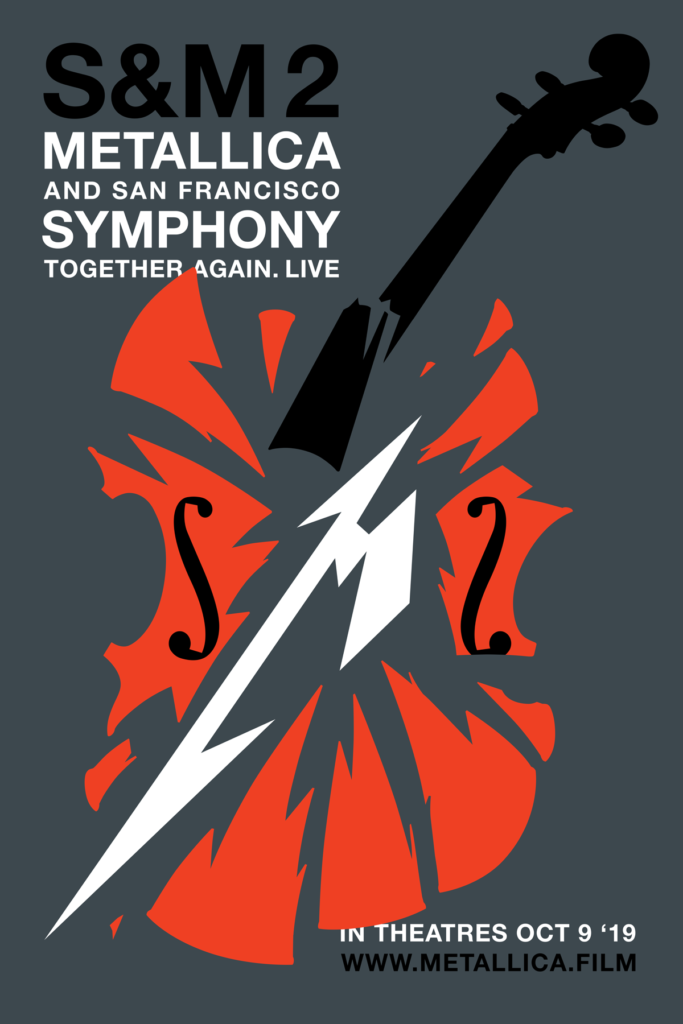