“We wouldn’t be living up to the name Louder Than Life if we didn’t come back bigger and badder than ever, giving fans something they can’t see anywhere else,” says festival producer Danny Wimmer. “Getting Staind back together and plugged in on the main stage is something that I’ve been working on for years. These are songs that need to be heard, that fans have been dying to hear – Staind has been one of the most requested bands on our socials, and it’s an honor to be bringing their music back for the fans at Louder Than Life.” Other gems on the bill are Motionless In White, Beartooth, Frank Carter & The Rattlesnakes, Sum 41, Parlor Mob, Melvins, Andrew W.K., and Christian metal giants Demon Hunter. Also appearing are rising stars I Prevail and Badflower.

Louder Than Life is also reaching outside their hard rock comfort zone this year with acts like The Crystal Method, Die Antwoord, Dropkick Murphys, and rap icon Ice Cube.

Ticket prices for Louder Than Life will be as follows:

Camping spaces for cars, tents, and RVs start at just $145.00 and include 4 nights’ stay in the Louder Than Life campgrounds. Camping passes also allow patrons re-entry privileges to and from the festival site all weekend long.

Danny Wimmer Presents is proud to announce a collaboration with Metallica’s Blackened Whiskey and Enter Night Pilsner. Blackened, a super-premium American whiskey blend crafted by the late Master Distiller Dave Pickerell and finished in the earth shattering music of Metallica, and Enter Night Pilsner, a collaboration with the rockstars of craft brewing Stone Brewing Company, will come together under one roof to offer guests a one-of-kind musical festival experience. The massive BoilerMaker pop-up will feature a Blackened & Enter Night Boilermaker, as well as craft cocktails and ice-cold Enter Night Pilsner. This exciting collaboration marks the latest in a long line of amplified guest experiences only available through Danny Wimmer Presents music festivals. More info to come… 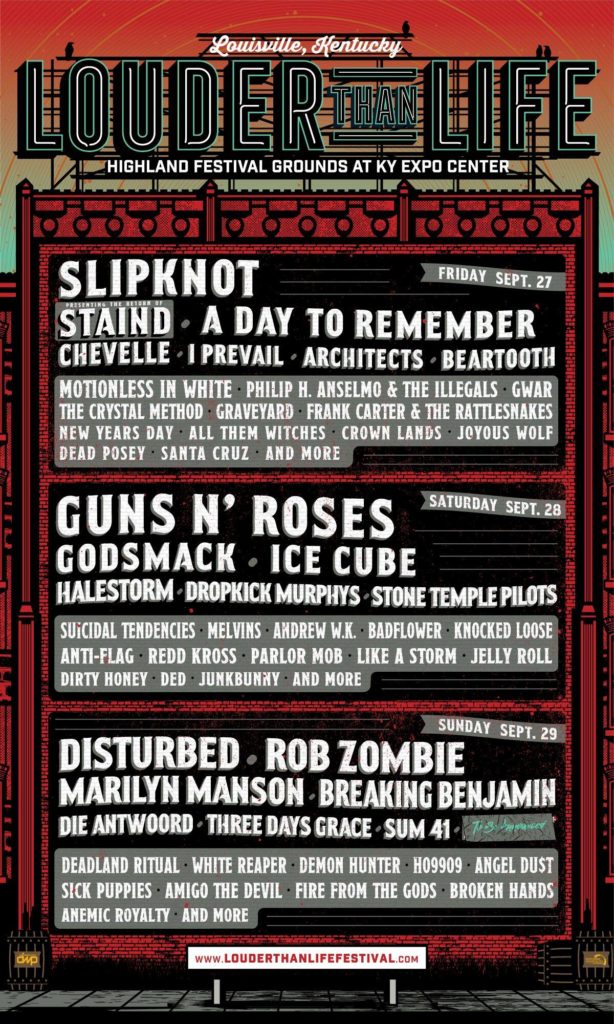