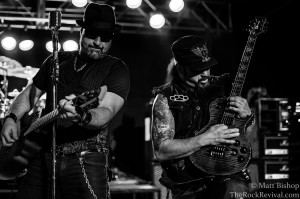 Last night, Adrenaline Mob rocked Reverb in Reading, PA. After a bus crash a few weeks ago that shook the band members, crew, their families, and fans to the core, The Mob are back on the road, finishing up their spring tour with a few re-scheduled dates. Adrenaline Mob appropriately opened with “Mob is Back”, and then proceeded to through their set that was comprised of mostly new material from their latest effort, Men of Honor. The disc dropped back in February via Century Media Records and features Twisted Sister drummer A.J. Pero, who took over for original drummer Mike Portnoy who amicably left the band back in January to focus on his other band The Winery Dogs.

A Northeast native, Mike Portnoy is still an avid supporter of both Adrenaline Mob and 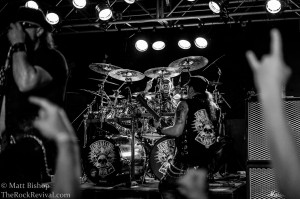 Avenged Sevenfold, and is almost always on-hand when the bands play within driving distance. Last night was no different, as Portnoy arrived shortly before Adrenaline Mob’s set. Just before the band took the stage, they graciously posed for a portrait for me. Then, they invited Portnoy to partake, creating a full Mob Family Photo. After treating me to my photos, the band decided to treat the fans to an original Adrenaline Mob reunion. At the end of the set, Mike climbed back behind the massive drum kit and the guys crushed the crowd with their first-ever hit “Undaunted”. Then, they ripped a blistering version of Dio’s “Stand Up and Shout”, which the original lineup recorded on their 2013 covers EP Coverta. Current drummer A.J. Pero lent Portnoy a hand, crashing an extra cymbal here and there. It was a perfect moment for fans, and hats off to The Mob for being one of the coolest bands in the business. Be sure to check out the Adrenaline Mob Photo Gallery from last night for more photos of Mike Portnoy’s reunion with Adrenaline Mob. – by Matt Bishop (@The_MattBishop) 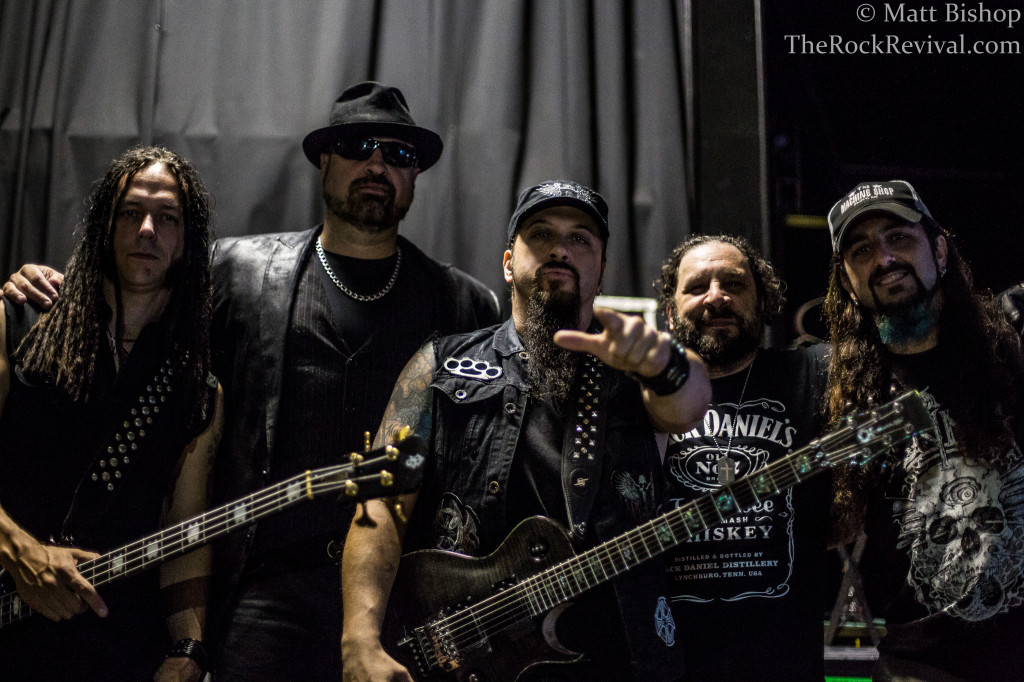 Welcome to the Revival of rock 'n' roll music. The way you used to hear rock, see rock, and feel rock is going to be shattered into a million pieces, reassembled, and revived. Dive into the realm of rock with interviews, concert coverage, and breaking news that make the music seem real again - in your ears, in your mind, and right in front of your very eyes. You'll feel the cool steel of the guitar strings and the smooth wood grain of the drum sticks right in your hands, all with the echoes of reverb in your head. This is the way rock was supposed to be experienced. Welcome to the Revival of rock 'n' roll music.
View all posts by Matt Bishop →
Tagged  a.j. pero, adrenaline mob 2014 tour, adrenaline mob live photos, adrenaline mob men of honor, adrenaline mob mike portnoy photos, adrenaline mob mike portnoy reunion, adrenaline mob photo gallery, adrenaline mob reading, adrenaline mob reverb, aj pero, Century Media Records, Coverta, hard rock, heavy metal, mike orlando, mike pornoy, music, music news, rock music, Russell Allen, The Rock Revival, the winery dogs, TheRockRevival.com, twisted sister.
Bookmark the permalink.