Seether have unveiled the official lyric video for “Words As Weapons” today. It’s the first single off their upcoming sixth studio album Isolate and Medicate, which is due out on July 1. The band’s last effort, 2011’s Holding Onto Strings Better Left to Fray, debuted at #2 on the Billboard Top 200. It also hit #1 on the U.S. Billboard Alternative, Hard Rock, and Top Rock charts and produced three #1 singles for the band. Seether’s 2011-2012 touring cycle saw them hit 17 countries and play over 70 shows. Their relentless effort garnered the band a nomination for “Best Live Band” at the 2012 Revolver Golden God Awards. Seether recently wrapped up a spring tour with Black Stone Cherry and Skindred. All three bands made festival stops at Fort Rock, Welcome To Rockville, Rise Above Fest, and Rock On The Range. – by Matt Bishop 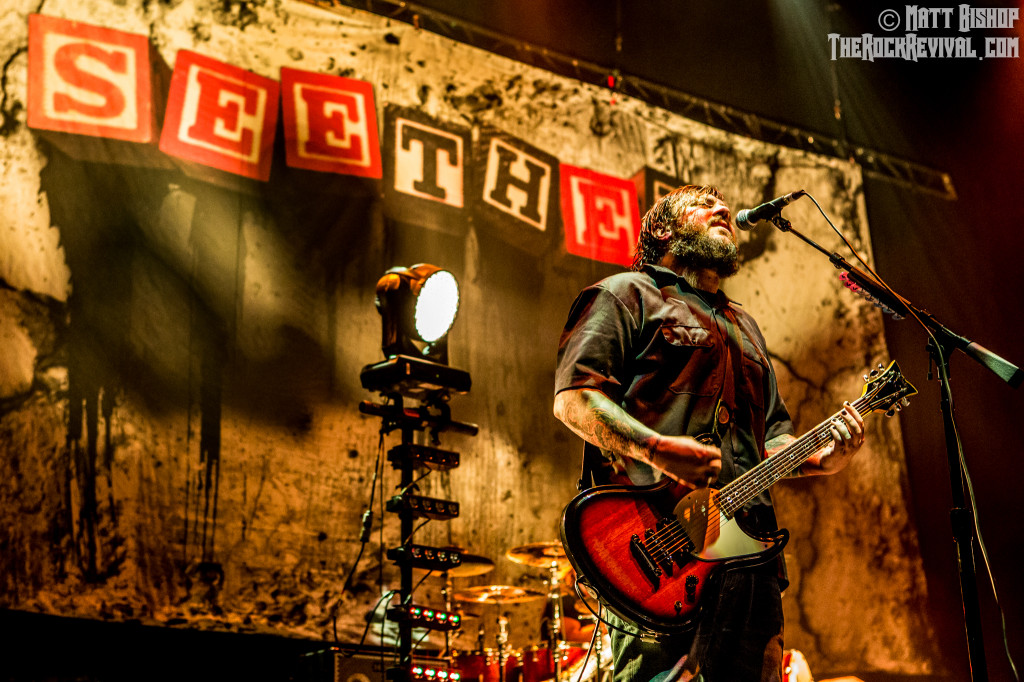 Welcome to the Revival of rock 'n' roll music. The way you used to hear rock, see rock, and feel rock is going to be shattered into a million pieces, reassembled, and revived. Dive into the realm of rock with interviews, concert coverage, and breaking news that make the music seem real again - in your ears, in your mind, and right in front of your very eyes. You'll feel the cool steel of the guitar strings and the smooth wood grain of the drum sticks right in your hands, all with the echoes of reverb in your head. This is the way rock was supposed to be experienced. Welcome to the Revival of rock 'n' roll music.
View all posts by Matt Bishop →
Tagged  grunge, hard rock, Seether, seether 2014, seether band, seether isolate and medicate, seether new album, seether new music, seether new music video, seether new single, seether news, seether words as weapons video, words as weapons lyric video.
Bookmark the permalink.