Philadelphia rock trio 46 Reasons have premiered the audio of their new track “One Night”, the first single off their upcoming debut album. The disc is still in the works, and is

being helmed by renowned Philly music producer Brett Talley. The acoustic-electric outfit is frontman Caleb Wahrenberger, lead guitarist Ronnie Howell, and bassist Brett Riley. 46 Reasons draw comparisons to the likes of Days of the New, Pearl Jam, Collective Soul, Dave Matthews Band, and others. The band found it’s roots earlier this year as a side project of Wahrenberger and Howell of The Better Half fame, a Philadelphia hard rock juggernaut that has shared stages with the likes of Fuel, Adelitas Way, Sebastian Bach, Cavo, Z02, and Grammy Award winners Halestorm. 46 Reasons are set to play the Midsummer Classic on August 23 at World Cafe Live in Philadelphia, PA. Wahrenberger and Howell will be pulling double duty, as The Better Half are set to headline. – by Matt Bishop 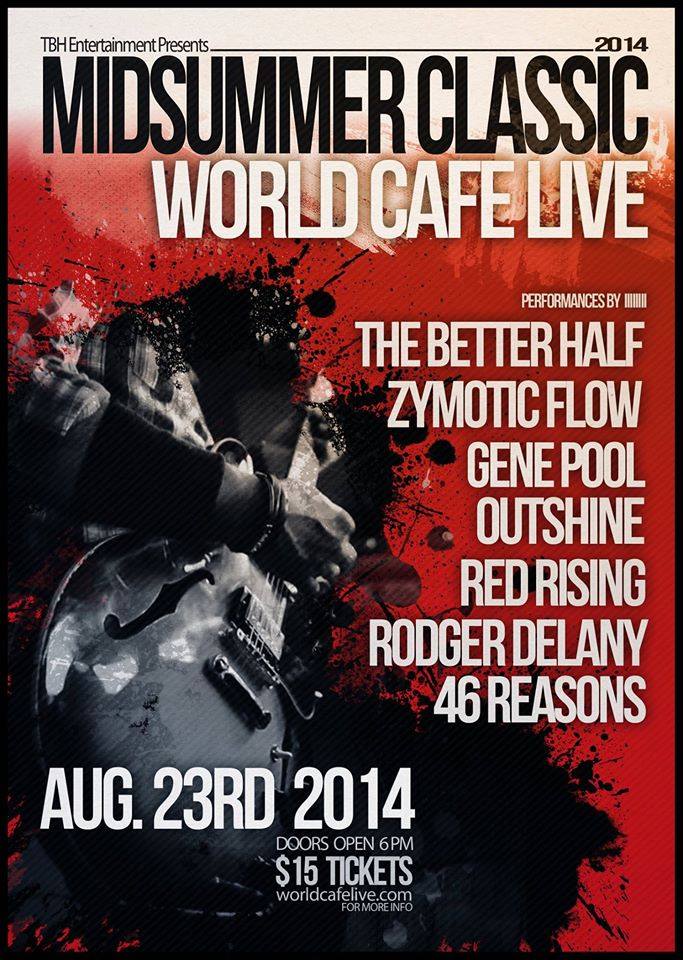