Home » WORDS AS WEAPONS – A CONVERSATION WITH JOHN HUMPHREY OF SEETHER

WORDS AS WEAPONS – A CONVERSATION WITH JOHN HUMPHREY OF SEETHER 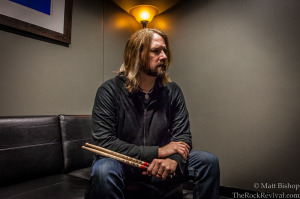 After a productive and successful 2014, Seether are off and running early in the new year. The band is currently trekking across the U.S. on a co-headlining tour with pals Papa Roach. “This is a good lineup,” Humphrey said. “I think it’s a good night of music and rock.” The band is touring in continued support of their latest studio album Isolate and Medicate, which debuted at #4 on the Billboard Top 200 back on July 1 via The Bicycle Music Company/Concord Music Group. “The reception’s been great,” Humphrey said. “We’re really proud of this album.” The band once again worked with renowned producer Brendan O’Brien (AC/DC, The Killers, Pearl Jam, Soundgarden, Red Hot Chili Peppers). “This was our second album with Brendan O’Brien as producer,” Humphrey stated. “He’s great, man. He knows what he’s doing and he sort of becomes like another member of the band when he’s working with us in the studio.”

With the release of their sixth studio effort Isolate and Medicate, Seether earned their second 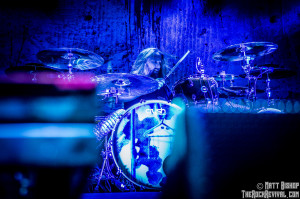 consecutive #1 debut on the Billboard Top Rock Albums Chart. They recently released a new music video for “Same Damn Life”, the album’s third single. Seether played the main stage on this summer’s Rockstar Energy Drink Uproar Festival alongside Godsmack, Skillet, Pop Evil, and others. The band’s last album, 2011′s Holding Onto Strings Better Left to Fray, debuted at #2 on the Billboard Top 200. It also hit #1 on the U.S. Billboard Alternative, Hard Rock, and Top Rock charts and produced three #1 singles for the band. Seether’s 2011-2012 touring cycle saw them hit 17 countries and play over 70 shows. Their relentless effort garnered the band a nomination for “Best Live Band” at the 2012 Revolver Golden God Awards. Seether embarked on a tour with Black Stone Cherry and Skindred this past spring. All three bands then made festival stops at Fort Rock, Welcome To Rockville, Rise Above Fest, and Rock On The Range. – by Matt Bishop