Home » THE LIFE OF A RUNAWAY – A CONVERSATION WITH LITA FORD

THE LIFE OF A RUNAWAY – A CONVERSATION WITH LITA FORD 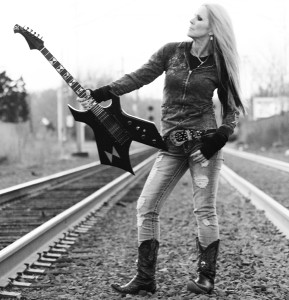 Few people in music are the true embodiment of a rockstar. One such musician is the legendary Lita Ford. For over three decades, Lita has built a career worthy of the hall of fame. She paved the way for today’s wonder women of rock – Lzzy Hale of Halestorm, Amy Lee of Evanescence, Maria Brink of In This Moment, Hayley Williams of Paramore, and many more. She got her start as the lead guitarist of The Runaways, and when the group folded, she forged a solo career that boasts a platinum album and numerous hit singles. Now, in 2012, she’s back with her most raw record to date – Living Like a Runaway. It’s the story of Lita Ford, and I got the chance to hear the story and much more first-hand as we sat down backstage at Penn’s Peak on her Living Like a Runaway North American Tour.

“It’s been going great,” Lita said of the tour. “I pride myself with blowing up amplifiers.” 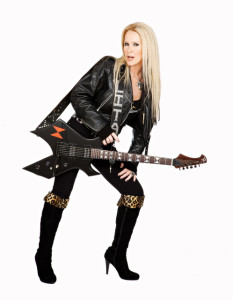 Clearly, this tour has been nothing short of awesome. “The more the better. I’ve blown up five amp heads so far on the tour.” Lita is taking her explosive live show in the road in support of her new album, Living Like a Runaway, which came out a month ago. “It’s a long journey, this album,” said Ford of the new disc. “It’s really an emotion, in-depth, deep, deep album. I’m really, really proud of it. People really have to focus on the lyrics.” On this album, Lita explores the deep and sometimes dark moments of her past and tells an all encompassing story about who she is, where she was, and where she’s going. For much more about the new album, the tour, vinyl, the music business, and her transition from The Runaways to being an accomplished solo artist, be sure to watch our lengthy conversation above. 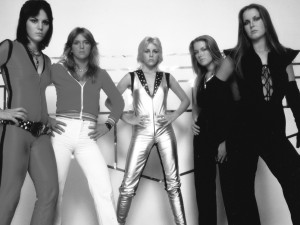 In 1975, Lita Ford joined the legendary rock group The Runaways. The band featured Ford on lead guitar, along with Sandy West on drums, Mickie Steele on bass, Cherie Currie on vocals, and Joan Jett (later of Joan Jett & The Blackhearts) on rhythm guitar. They signed with Mercury Records in 1976, and released their self-titled debut LP shortly after. The record cracked the Billboard Top 200 chart at #194, and the band landed gigs opening for the likes of Cheap Trick, Tom Petty & The Heartbreakers, and Van Halen.

The Runaways released their sophomore effort, Queens of Noise, in 1977 and 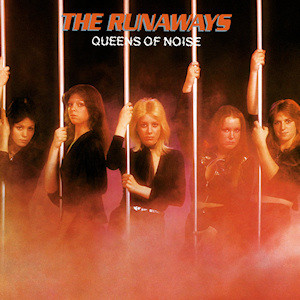 embarked on a world headlining tour. After the tour, the band released a live album from the Japan stop, and lead vocalist Cherrie Currie left the band. Joan Jett took over vocal duties, and the band released their last Mercury Records album, Waitin’ For The Night. To support the record, the band set out on a world tour with friends and punk rock legends The Ramones. In 1979, The Runaways recorded their final studio album, And Now…The Runaways, which was released only in the U.K. via Cherry Red Records. The record was issued in the U.S. via Rhino Records in 1981. In April 1979 after many internal conflicts, Currie’s departure, and a revolving door of bassists, the group disbanded. 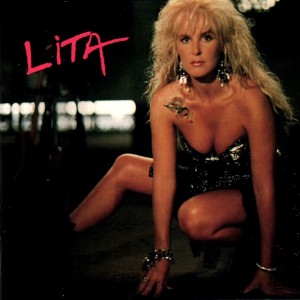 Lita Ford wasted no time in continuing her music career. Four years after The Runaways’ demise, Ford inked a deal with Mercury Records and released her debut solo album, Out For Blood, in 1983. Her second album would be her breakout, 1984’s Dancin’ On The Edge. The record hit #66 on the Billboard Top 200, a great success for a female solo hard rock artist at the time. The album produce two singles – the Top Ten hit “Fire In My Heart” and “Gotta Let Go”, which peaked at #1 on the Mainstream Rock Chart. Lita toured hard in support of the record for over three years. In 1988, she signed with RCA Records and hired Sharon Osbourne (wife/manager of Ozzy Osbourne) to be her manager. That same year, Ford released her self-produced magnum opus, Lita. The album debuted at #29 on the Billboard Top 200, and was quickly certified platinum. It spawned four singles, including the smash hit “Kiss Me Deadly”, “Close My Eyes Forever”, the chart-topping duet with Ozzy Osbourne, and “Falling In and Out of Love”, which was co-written by Mötley Crüe bassist Nikki Sixx.

Ford closed out the decade with lots of touring, and release back-to-back albums in 1990 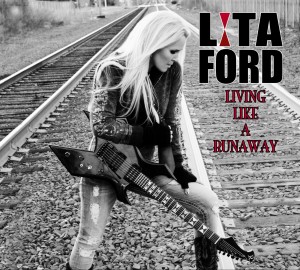 and 1991 – Stiletto and Dangerous Curves. Both records charted in the Billboard Top 200. After more touring and the release of 1995’s Black, Ford went on a lengthy hiatus until 2008. That summer, Lita played Rocklahoma in Oklahoma and set out on a world tour. She released a new studio LP, Wicked Wonderland, in 2009. Now, Lita is back once again with her deepest album yet. Gritty and raw, Living Like a Runaway serves as an autobiography on tape of sorts. The album’s title track is currently making it’s rounds on rock radio, and Lita is on the road right now supporting Def Leppard and Poison, with her own headlining dates in between. – by Matt Bishop (Photos Courtesy of Lita Ford and SPV/Steamhammer Records) 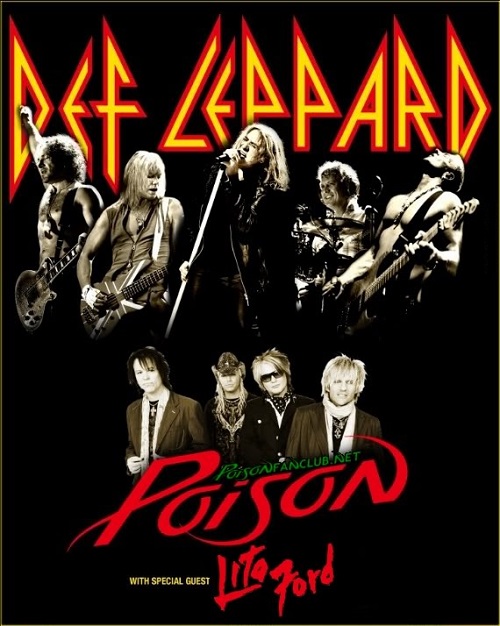