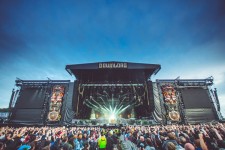 by Matt Bishop | November 3, 2016 Next summer, Aerosmith, System of a Down and Biffy Clyro are set to headline the UK’s massive Download Festival 2017. The show takes place Friday 9 June – Sunday 11 June at “the spiritual home of rock” Donington Park. Also slated to appear are… Continue reading 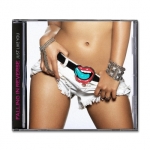 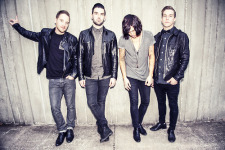 Sleeping With Sirens have signed with Epitaph Records, and the surprise announcement came today in the form of their new single “Kick Me”. The band premiered the new track today via their new label, cementing the fact that they’ve parted ways with their previous label Rise Records. The band is currently on the… Continue reading 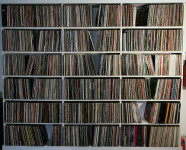 50. The Dillinger Escape Plan – One of Us Is The Killer 49. Red Fang – Whales and Leeches 48. Avenged Sevenfold – Hail To The King 47. Fall Out Boy – Save Rock and Roll 46. Black Veil Brides – Wretched and Divine: The Story of The Wild Ones 45. Falling In Reverse – Fashionably… Continue reading