Home » AEROSMITH, SYSTEM OF A DOWN, BIFFY CLYRO SET TO HEADLINE DOWNLOAD FESTIVAL 2017

AEROSMITH, SYSTEM OF A DOWN, BIFFY CLYRO SET TO HEADLINE DOWNLOAD FESTIVAL 2017

Next summer, Aerosmith, System of a Down and Biffy Clyro are set to headline the UK’s massive Download Festival 2017. The show takes place Friday 9 June – Sunday 11 June at “the spiritual home of rock” Donington Park. Also slated to appear are Slayer, Prophets of Rage, Rob Zombie, Five Finger Death Punch, AFI, Of Mice & Men, Sleeping With Sirens, Motionless In White, Simple Plan, Every Time I Die, The Story So Far and Fozzy. Many more acts are set to be announced in the coming weeks. 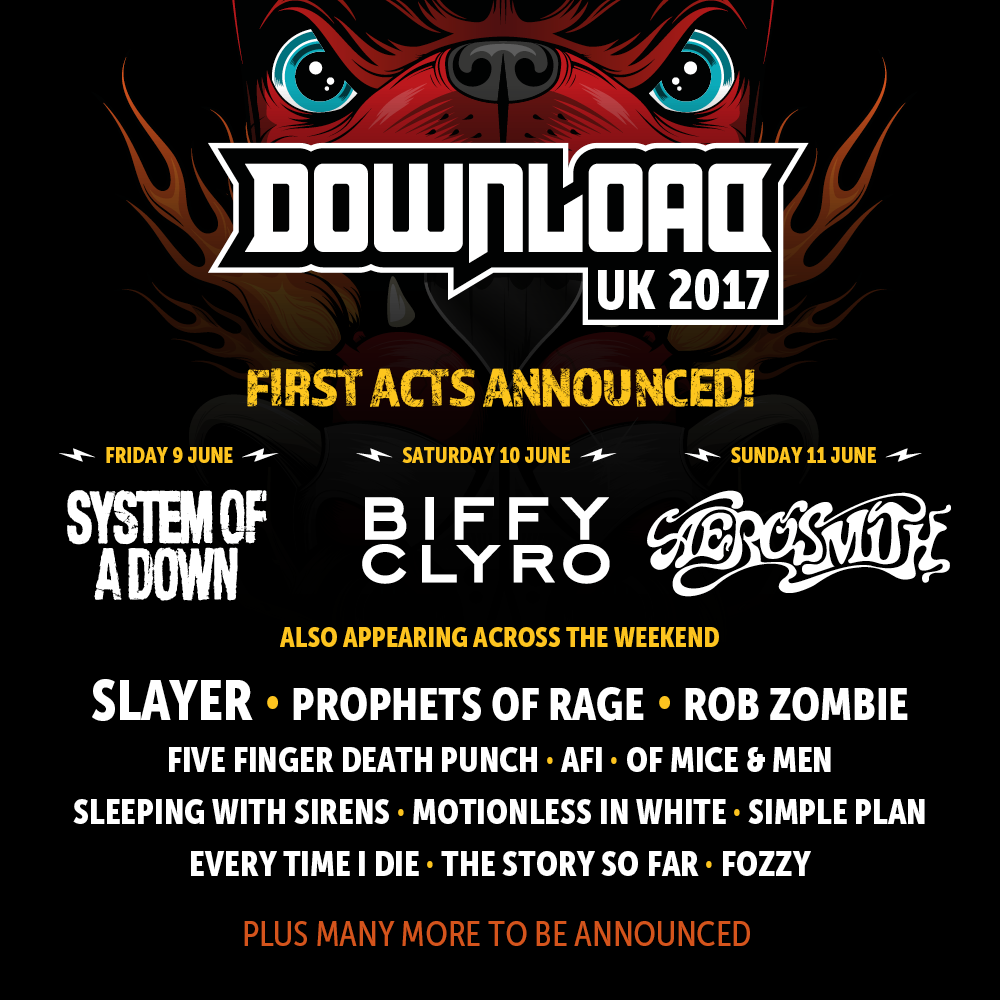