Tomorrow, Chiodos frontman Craig Owens will be appearing live on Stage It tomorrow night at 9pm EST/6pm PST. Since he began his virtual live shows via Stage It back in January, Owens has sold out every performance to date. “There are two ways that really resonate with me, in what I enjoyed about the last Stage It… Continue reading 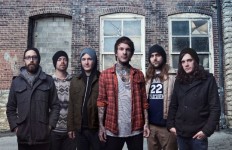