Last night, Metallica was the musical guest on Jimmy Kimmel Live!. The heavy metal titans performed “Atlas, Rise!” – the third single from their brand new chart-topping LP Hardwired…To Self-Destruct. The album recently debut at #1 on the Billboard Top 200 and was produced by Greg Fidelman. Stream the band’s performance from last night above. Tonight [Thursday, December 15], Metallica are playing an intimate show at the Fonda Theater in Hollywood. All proceeds from ticket sales will be donated to the Los Angeles Regional Food Bank. Last week, the band announced that they will headline Rock On The Range in Columbus, OH next May alongside Soundgarden and Korn. 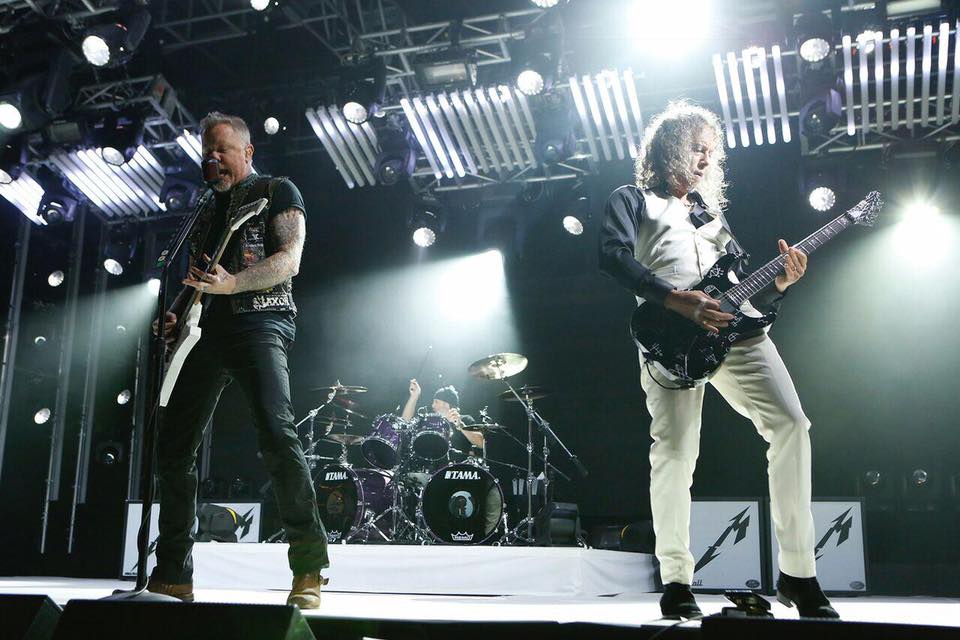 Welcome to the Revival of rock 'n' roll music. The way you used to hear rock, see rock, and feel rock is going to be shattered into a million pieces, reassembled, and revived. Dive into the realm of rock with interviews, concert coverage, and breaking news that make the music seem real again - in your ears, in your mind, and right in front of your very eyes. You'll feel the cool steel of the guitar strings and the smooth wood grain of the drum sticks right in your hands, all with the echoes of reverb in your head. This is the way rock was supposed to be experienced. Welcome to the Revival of rock 'n' roll music.
View all posts by Matt Bishop →
Tagged  heavy metal, james hatfield, Jimmy Kimmel, Kirk Hammett, Lars Ulrich, late night, metallica 2017 tour, metallica atlas rise, metallica hardwired to self-destruct, metallica jimmy kimmel, metallica jimmy kimmel live, metallica live, Robert Trujillo, rock revival, talk show.
Bookmark the permalink.