The lineup for Rock on The Range 2017 has been announced, and the almighty Metallica are topping the bill. Along with them are Soundgarden and Korn, plus a slew of other fantastic acts including Volbeat, The Offspring, Primus, Papa Roach, Chevelle, Alter Bridge, Seether, Sum 41, Pierce The Veil, In Flames, Rival Sons, Deafheaven, Dorothy, Thrice, Taking Back Sunday, and many more. Early-Bird Weekend Tickets are on sale now via RockOnTheRange.com. Weekend, Premiere and Camping Packages are available. Layaway options are also available. On-sale to the general public begins this Friday, December 2 at 10am EST.

Until now, Metallica have never performed at Rock on The Range (or any other World’s Loudest Month Festival). Yesterday the band’s new studio album Hardwired…To Self-Destruct debuted at #1 on the Billboard Top 200, selling 291,000 units. It is the band’s sixth #1 album and was produced by Greg Fidelman. The band released the album on November 16 via double-disc CD, vinyl, deluxe edition CD + vinyl, and digital download. 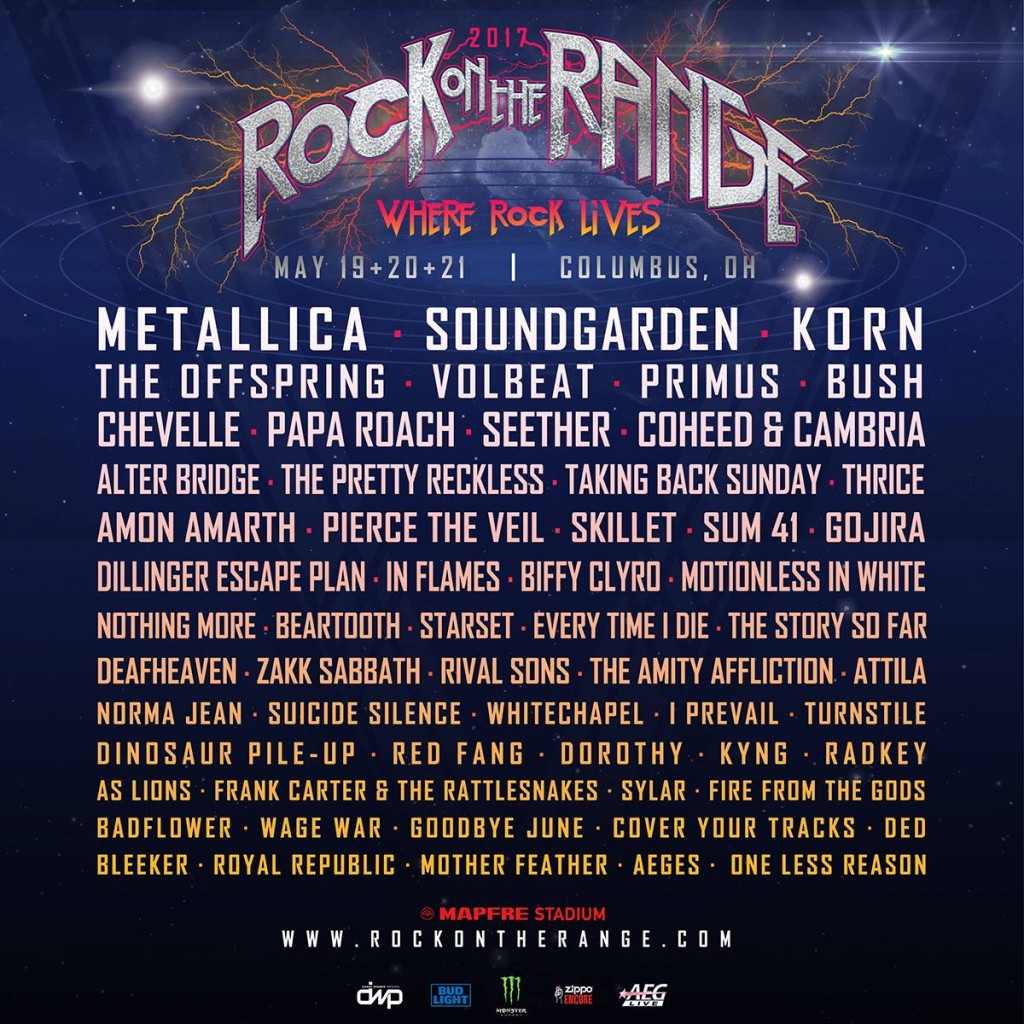