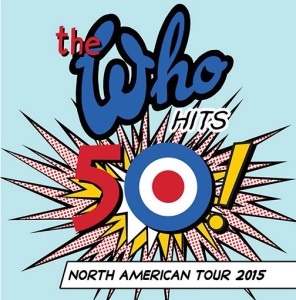 Classic rock icons The Who are set to embark on a massive North American tour to commemorate their landmark 50th anniversary. The Who Hits 50! Tour begins with a series of European shows, starting on November 26 at 3Arena in Dublin, Ireland and concluding with back-to-back performances at the O2 Arena in London on December 17-18. In 2015, the band will head to North America on April 15 for the kick-off show at Amalie Arena in Tampa, FL. The tour wraps up on November 4 at the Wells Fargo Center in Philadelphia, PA. “Trying to stay young”, Pete Townshend said. “Not wearing socks. Growing a great big woodcutter’s beard. Might even wear a check shirt on stage and get a tattoo of a Union Jack. Always a fashion victim. But under no illusions. We are what we are, and extremely good at it, but we’re lucky to be alive and still touring.” Roger Daltrey adds, “This is the beginning of the long goodbye.” The band has also confirmed that they will be attempting work on a possible new album. “I’m trying to [look] through my 20,000 hours of complete and utter disorganized music [to find possible songs],” Townshend stated. “I’ll be pulling some songs out of [his long-gestating project] ‘Floss’ to give to Roger [Daltrey] to see if we’ve got enough to make an album. It might be a big waste of time, but I’m hoping there will be an album.”

The band has done quite a bit of touring in the new millennium. In 2012-2013, the band toured the world on 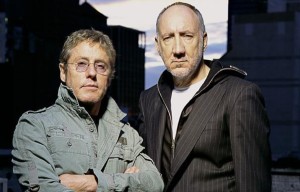 their Quadrophenia and More Tour commemorating the 30th anniversary of their Quadrophenia album. In 2006-2007, the band toured in support of their 11th studio album, Endless Wire, which debuted at #7 on the Billboard Top 200. “I was ready for the 50th, but it happens when everything else is changing,” Townshend says. “I’ll be 69 in May and all my friends are getting ill or dying. I knew it would happen. I will be happy if I give people something that makes fans happy. It takes some great planning and I hope it opens up other things that we can avail ourselves of.” Contemporaries The Rolling Stones celebrated their 50th anniversary in 2012. That same year, both bands played The 12-12-12 Concert for Sandy Relief at Madison Square Garden in New York City.

The Who will officially turn 50 this year, however Pete Townshend, Roger Daltrey, andJohn Entwistle began performing together in 1961. Late drummer Keith Moon joined the band in 1964. Throughout their career, the band has released 11 studio albums, 3 of which – Tommy, My Generation, Who’s Next – have been inducted into the Grammy Hall of Fame. The Who were inducted into the Rock and Roll Hall of Fame in 1990, and the UK Music Hall of Fame in 2005. – by Matt Bishop

FOO FIGHTERS AND HEART PERFORM "KICK IT OUT" ON LETTERMAN