The Smashing Pumpkins have recruited drummer Brad Wilk (Rage Against the Machine, Audioslave) and bassist Mike Stoermer (The Killers) to partake in the band’s upcoming album release shows in support of their new disc Monuments To An Elegy which drops on December 9 via Martha’s Music/BMG. The Smashing Pumpkins will also be releasing Day For Night. “We’re absolutely thrilled and humbled to have Brad and Mark helping us out with these shows,” said Smashing Pumpkins frontman Billy Corgan. “And if our rehearsals are any indication, they should be one-of-a-kind.” Wilk is no stranger to stepping in with big time acts. Last year, Wilk played drums on Black Sabbath‘s Grammy Nominated album 13. Mötley Crüe drummer Tommy Lee tracked drums on The Smashing Pumpkins’ entire new album, however he is busy on The Crüe’s Final Tour until next year. As far as what fans can expect from the albums, Corgan has previously 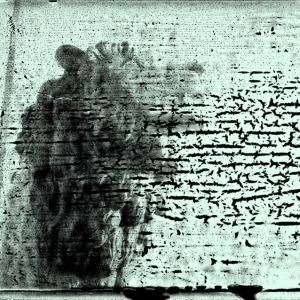 stated, “For those interested in sound, think: ‘guitars, guitars, guitars, and more guitars;’ but more so on the epic side of things than say, grossly metallic.” The Smashing Pumpkins were also recently confirmed as headliners for South American Lollapalooza Festival on March 14 and 15 in Santiago, Chile, March 21 and 22 in Buenos Aires, Argentina and March 28 and 29 in Sao Paolo, Brazil.

The Smashing Pumpkins have sold approximately 20 million albums worldwide. The band’s breakthrough record was 1993′s Siamese Dream. The album went on to be certified 6x platinum, and was ranked in #360 in Rolling Stone Magazine’s 500 Greatest Albums of All-Time. The band’s 1995 double-disc follow-up, Mellon Collie and the Infinite Sadness, debuted at #1 on the Billboard Top 200. After two more LPs, the band broke up in 2000, and reunited 6 years later. In 2007, the Smashing Pumpkins made a triumphant return with their first album in 7 years, Zeitgeist, which hit #2 on the Billboard Top 200.  In 2012, the band released Oceania, which debuted at #4 on the Billboard Top 200, and produced two hit singles. The band toured extensively on 2012 and 2013 and since 2009, they have been digitally releasing tracks from their massive concept album, Teargarden by Kaleidyscope. – by Matt Bishop

THE SMASHING PUMPKINS – MONUMENTS TO AN ELEGY ALBUM RELEASE TOUR