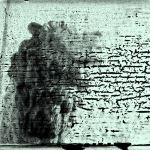 The Smashing Pumpkins have recruited drummer Brad Wilk (Rage Against the Machine, Audioslave) and bassist Mike Stoermer (The Killers) to partake in the band’s upcoming album release shows in support of their new disc Monuments To An Elegy which drops on December 9 via Martha’s Music/BMG. The Smashing Pumpkins will also be releasing Day For Night. “We’re absolutely thrilled and humbled… Continue reading