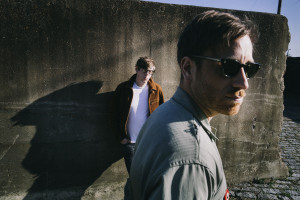 The Black Keys have officially announced their 2014 tour plans. Following their festival run, the band will be hitting the road with Cage The Elephant, St. Vincent, and Jake Bugg on massive arena trek. The tour kicks off with two home state shows in Columbus, OH on September 5 at the Schottenstein Center and Cleveland, OH on September 6 at Quicken Loans Arena. The tour wraps up on December 21 at the Sprint Center in Kansas City, MO. The Black Keys will be touring in support of their new album Turn Blue which drops on May 13. Last week, the band premiered the official music video for “Fever”, the album’s first single. The band once again partnered with renowned producer Danger Mouse, and longtime art director Michael Carney for the album cover. Michael won the Grammy Award for Best Recording Package in 2011 for The Black Keys album Brothers. St. Vincent released released her fourth self-titled studio album back in February. The disc debuted at #12 on the Billboard Top 200. In April, St. Vincent performed with Nirvana members Dave Grohl and Krist Novoselic at the band’s induction into the Rock and Roll Hall of Fame. Jake Bugg is still touring off his sophomore effort Shangri La. The Rick Ruben-produced record hit #3 on the UK Albums Chart and #46 on the Billboard Top 200.

The new disc is the follow-up to the band’s 2011 monster LP, El Camino. 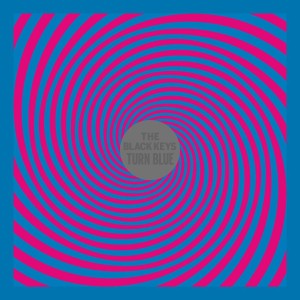 The album hit #2 on the Billboard Top 200, and garnered the band three Grammy Awards- Best Rock Performance and Best Rock Song for “Lonely Boy” and Best Rock Album for El Camino. In 2012, the band released a six-song EP of live studio recordings from December 2011. The songs were recorded from practice session in preparation for their 2011-2012 tour. The 6-song EP, titled Tour Rehearsal Tapes, featured four songs the multi-platinum El Camino, and two songs from their 2010 Grammy Award-winning album Brothers. The Black Keys will begin supporting the album on May 16 as they begin a worldwide summer festival tour. 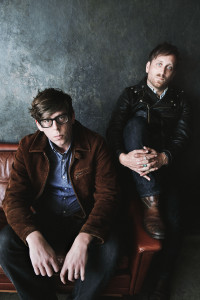 The Black Keys have been monsters of rock over the last few years. Their 2010 album, Brothers, was certified platinum and garnered the band three Grammy Awards. The follow-up, El Camino, hit #2 on the Billboard Top 200 in 2012. At the 2012 MTV Movie Awards, the Keys were joined on-stage by actor Johnny Depp for a version of “Gold On The Ceiling” after he accepted his MTV Generation Award from Steven Tyler and Joe Perry of Aerosmith. In addition to their tour, the band played Firefly Music Festival, Coachella, Lollapalooza, and Global Festival in New York. This past January, the band played a special Super Bowl XLVII show at the legendary Roseland Ballroom in New York. This summer, The Black Keys will be hitting the festival circuit starting on May 16 at the Hangout Music Festival in Alabama. From there, they’ll head overseas for appearances at Open Air Festival (Switzerland), Rock In Roma (Italy), and many more. The band’s arena tour will follow.

Cage The Elephant hail from Bowling Green, KY and released their third 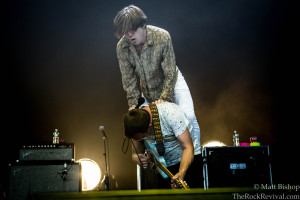 album Melophobia last October. The disc debuted at #15 on the Billboard Top 200. The Black Keys and Cage The Elephant toured together previously back in 2011. In a recent interview with TheRockRevival.com, Cage guitarist Brad Shultz said, “We got on that tour, we became friends, and we ended up playing soccer three times a week; a big group soccer match every time. And Dan [Auerbach, The Black Keys] would always score these goals and we would be like, ‘what the hell is going on, how is Dan a freakin’ soccer shark?” Well the guys looked him up, and it turns out that in addition to being one hell of a songwriter and performer, Dan Auerbach was a high school soccer standout back in the day. “Dan, we’re comin’ for you man. We’ve been practicing.” I wanted to confirm that a challenge had indeed been issued, and Brad simply replied, “I called him out.” This fall, it’s apparently on. – by Matt Bishop