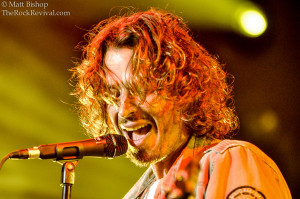 Soundgarden have unleashed a brand new single “Storm” in the wake of their weekend performance at Neil Young‘s Bridge School Benefit. The performance also featured a Temple of The Dog reunion, which added greatly to the energy of the show. Now, the band have unveiled the first new piece of music since King Animal, the band’s first studio LP in 16 years which came out on November 13, 2012. The album debuted at #5 on the Billboard Top 200, and sold over 83,000 copies in it’s first week of sales. Soundgarden have been hinting that the possibility of releasing a B-Sides EP, but there’s been no official confirmation from their camp about it, nor about a new full-length album. However, after a successful outing with King Animal and two years of touring and festival appearances, it’s certainly time for the band to put out something fresh. 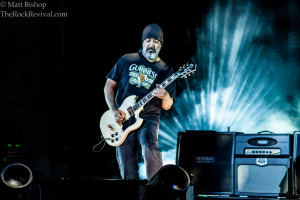 alternative music. The band exploded unto the mainstream with the release of their third album,1991′s Badmotorfinger. The follow-up, 1994′s Superunknown, catapulted the band to legendary status. Debuting at #1 on the Billboard Top 200, the album has since been certified 5x platinum by the RIAA. The record earned the band two Grammy Awards in 1995, and today it still serves as a blueprint for heavy alternative rock music. Soundgarden disbanded in 1997 following the release of their 1996 effort, Down On The Upside. In 2010, the band reunited and issued their first greatest hits collection, Telephantasm. The album featured the previously unreleased single, “Black Rain”.

In March 2011, the band released the live album, Live on I-5. The summer of 2011 saw the band embark on a sold-out summer tour, culminating with a headlining appearance at Voodoo Experience in New Orleans, LA. This past spring, Soundgarden contributed a new single, “Live To Rise”, to the soundtrack of the blockbuster film The Avengers. In the summer of 2013, the band were a featured act at England’s epic Download Festival alongside Black Sabbath, Metallica, The Prodigy, Megadeth, and Biffy Clyro. The band recently comleted a massive North American co-headlining tour with Nine Inch Nails that featured support from The Dillinger Escape Plan.  – by Matt Bishop 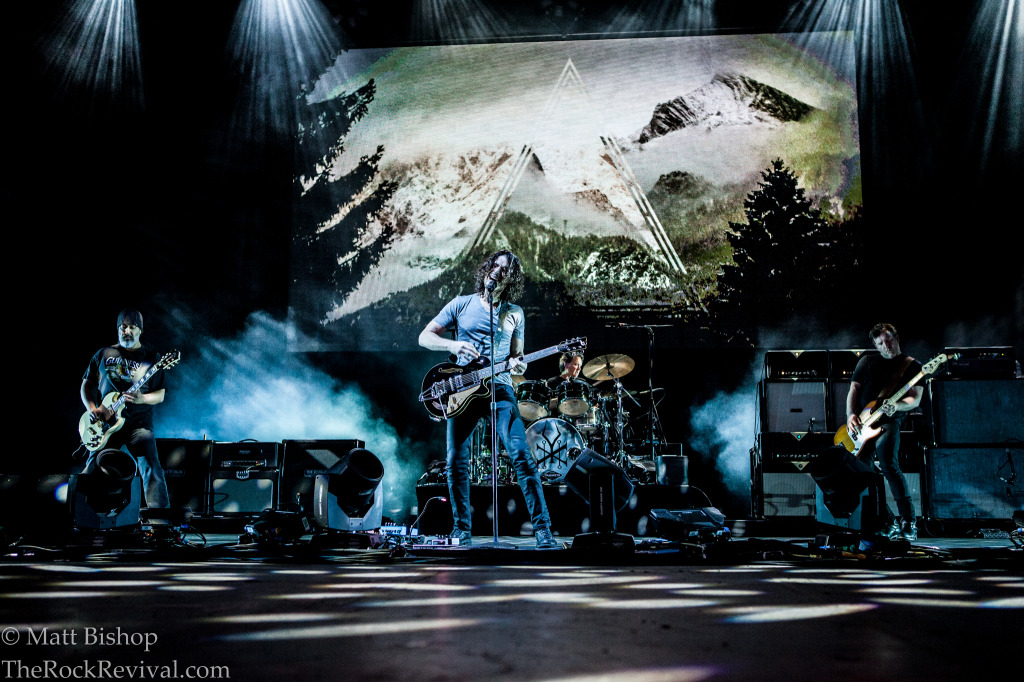 Welcome to the Revival of rock 'n' roll music. The way you used to hear rock, see rock, and feel rock is going to be shattered into a million pieces, reassembled, and revived. Dive into the realm of rock with interviews, concert coverage, and breaking news that make the music seem real again - in your ears, in your mind, and right in front of your very eyes. You'll feel the cool steel of the guitar strings and the smooth wood grain of the drum sticks right in your hands, all with the echoes of reverb in your head. This is the way rock was supposed to be experienced. Welcome to the Revival of rock 'n' roll music.
View all posts by Matt Bishop →
Tagged  alternative rock, bridge school benefit, chris, Chris Cornell, cornell, grunge, hard rock, heavy metal, music, music news, news, rock music, soundgarden new album, soundgarden new music, soundgarden new single, soundgarden new song, soundgarden storm, temple of the dog reunion, The Rock Revival, TheRockRevival.com.
Bookmark the permalink.