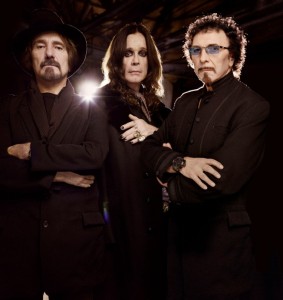 Legendary heavy metal pioneers Black Sabbath have confirmed that they will begin work on a brand new studio album in early 2015. With producer Rick Rubin once again at the helm, it appears as though it will be the band’s last LP as they have also announced a “final tour.” Frontman Ozzy Osbourne told our friends at Metal Hammer that he hopes to begin writing sessions with guitarist Tony Iommi and bassist Geezer Butler in early 2015. “We’re going to do one more album and a final tour,” Ozzy said. There’s no word yet on whether or not original and now-former drummer Bill Ward will be apart of the final Sabbath festivities. The new album will be the follow-up to their last effort, 13, which debuted at #1 on the Billboard Top 200 in June 2013. The band’s last brief tour included stops in the United States, Canada, Europe, and Abu Dhabi. Sabbath headlined several festivals last summer, including Hellfest in France and Grasspop Metal Meeting in Germany. Black Sabbath were nominated for three 2014 Grammy Awards, including Best Metal Performance (“God Is Dead?”), Best Rock Song (God Is Dead?), and Best Rock Album (13). The took home the trophy for Best Metal Performance. Last November, the band released Live…Gathered In Their Masses, a 15-track CD/DVD recorded on their 2013 tour.

Black Sabbath are one of the most legendary artists of all time. True pioneers in music, they are largely 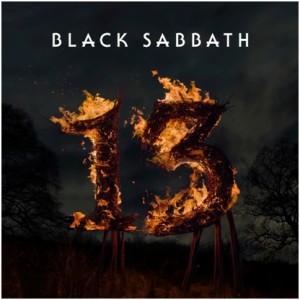 responsible for creating the ‘metal’ genre, and have influenced countless bands like Metallica, Slayer, Rob Zombie, Korn, Slipknot, Iron Maiden, Mastodon, and countless others. The band formed in 1968 in Birmingham, England. In 1970, they unleashed their new brand of rock with their self-titled debut album. They put the ‘heavy’ in heavy metal, combining slow, heavy riffs with apocalyptic themes of horror, doom, and the occult. Sabbath’s sophomore effort, released not even a year after their debut, stands today as one of the greatest albums of all time. Released in September 1970, Paranoid became a blueprint for heavy music, spawning such hits as “Paranoid”, “Iron Man”, and “War Pigs”. A true masterpiece, every song on the album (except for the instrumental “Rat Salad”) is widely considered a signature song for the band. In 2003, Rolling Stone Magazine ranked Paranoid #130 on their list of the 500 Greatest Albums of All-Time and Guitar World Magazine ranked it at #6 on their list of the 100 Greatest Guitar Albums of All-Time.

Black Sabbath released six more studio albums, before vocalist Ozzy Osbourne was dismissed from the band in 1978. After many more albums with numerous line-up changes, the original Sabbath reunited in 1997 and released a live album, Reunion, in 1997. The album also featured two new studio tracks. In 2012, they reunited once again, this time without drummer Bill Ward. Sabbath headlined Lollapalooza 2012, and Download Festival 2012 along with Metallica, Soundgarden, and The Prodigy. – by Matt Bishop