Home » SLAYER PREMIERE NEW MUSIC VIDEO FOR “YOU AGAINST YOU”

SLAYER PREMIERE NEW MUSIC VIDEO FOR “YOU AGAINST YOU”

Thrash metal legends Slayer have premiered a bloody new music video for “You Against You,” the latest single from their current studio effort Repentless. Slayer’s 12th studio album, was released back on September 11, making its career-highest debut on the Billboard Top 200, coming in at #4 and selling 50,000 units. The album also debuted in the Top 5 in the U.S., Germany, the Netherlands, Australia, Canada, Finland, Switzerland, Belgium, Denmark, Portugal, Czech, Greece and Sweden, and was the #2 best-selling album in the world on the United World Chart. 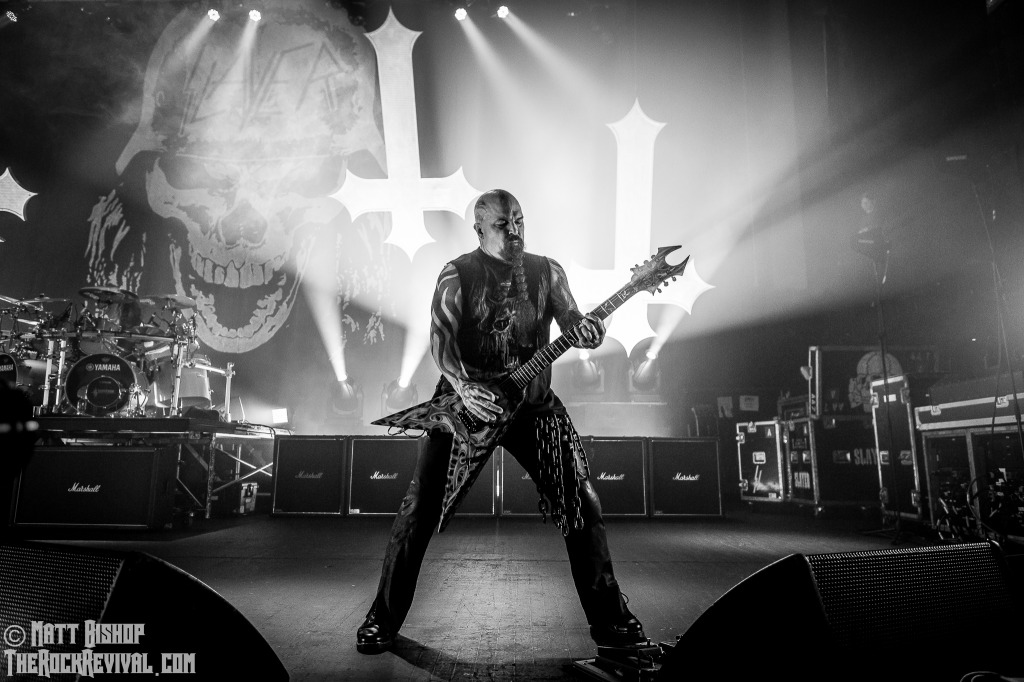