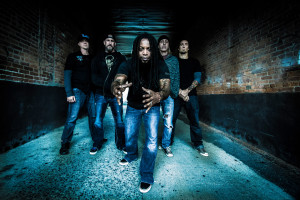 Heavy rockers Sevendust have announced dates for their much-anticipated acoustic tour. The trek begins on April 2 at Club LA in Destin, FL and wraps up on May 10 at The Electric Factory in Philadelphia, PA. The band will be performing songs of their upcoming acoustic album, Time Travelers & Bonfires, which they have been writing and recording at Architekt Music Studio in Butler, NJ. The disc is due out in April. The album is being produced by fan donations via PledgeMusic.com, and a portion of the donations is being given to the St. Judes Children’s Research Hospital. Back in 2004, Sevendust made their first attempt at going acoustic, and it was a successful one. They released the acoustic live album, Southside Double-Wide: Acoustic Live, which hit #90 on the Billboard Top 200. Sevendust released their ninth studio LP, Black Out The Sun, in March 2013. 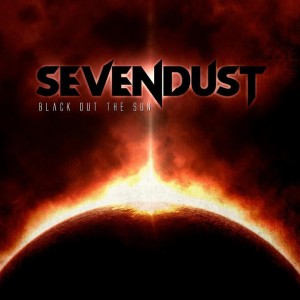 debut album. The record went gold, and the band landed a coveted slot on Ozzfest ’98 alongside Ozzy Osbourne, Tool, Limp Bizkit, System of a Down, Incubus, Motörhead, Megadeth, Melvins, and Soulfly. In 1999, Sevendust released their sophomore mega-hit, Home. The album debuted at #19 on the Billboard Top 200. That same year, the band played the epic Woodstock ’99, which marked the 30th anniversary of the original festival. After two more studio albums, the band released the ultra-heavy Alpha, which debuted at #14 on the Billboard Top 200 in 2007. In 2008, the band saw the return of previously-departed guitarist Clint Lowery. They released a new LP, entitled Chapter VII: Hope & Sorrow. The star-studded LP featured appearances by Christ Daughtry (Daughtry), Mark Tremonti (Creed, Alter Bridge), and Myles Kennedy (Alter Bridge, Slash). The disc debuted at #19 on the Billboard Top 200. Sevendust recently released their 9th studio album, Black Out The Sun, on their label 7Bros. Records via Warner Music Group. The music video for the album’s first single, “Decay”, is out now as well. The band released Cold Day Memory in 2010, which hit #12 on the Billboard Top 200. – by Matt Bishop

Welcome to the Revival of rock 'n' roll music. The way you used to hear rock, see rock, and feel rock is going to be shattered into a million pieces, reassembled, and revived. Dive into the realm of rock with interviews, concert coverage, and breaking news that make the music seem real again - in your ears, in your mind, and right in front of your very eyes. You'll feel the cool steel of the guitar strings and the smooth wood grain of the drum sticks right in your hands, all with the echoes of reverb in your head. This is the way rock was supposed to be experienced. Welcome to the Revival of rock 'n' roll music.
View all posts by Matt Bishop →
Tagged  architekt music, Black Out The Sun, hard rock, heavy metal, music, music news, nu metal, rock music, sevendust 2014, Sevendust acoustic tour dates, sevendust new album, sevendust news, Sevendust Time Travelers and Bonfires, Sevendust tour 2014, sevendust tour announcement, st. judes children's hospital, The Rock Revival, TheRockRevival.com.
Bookmark the permalink.