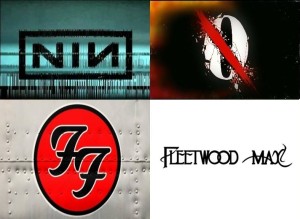 Rock music is reclaiming it’s place this year at the 56th Annual Grammy Awards. It was announced today that rock heavyweights Nine Inch Nails, Queens of The Stone Age, Dave Grohl (Foo Fighters), and Lindsey Buckingham (Fleetwood Mac), will all come together as the final show-stopping performance of the evening. All these superstar acts are tied to this year’s award show, and to each other as well. Dave Grohl played drums on Queens of The Stone Age’s multi-platinum smash hit, 2002’s Songs for The Deaf. He also contributed drums on their most recent effort, 2013’s …Like Clockwork. In 2005, Grohl contributed percussion to seven tracks on the Nine Inch Nails album, With Teeth. In 2013, QOTSA frontman Josh Homme returned the favor by performing on three tracks on Grohl’s Sound City Soundtrack. On QOTSA’s hit 2013 album, …Like Clockwork, NIИ’s Trent Reznor lends his vocal’s to the track, “Kalopsia”. Both NIИ and QOTSA performed at this past summer’s Budweiser Made In America Festival in Philadelphia, PA. The two juggernauts will be embarking on a massive co-headlining tour in March in Australia and New Zealand. Lindsey Buckingham appeared in Dave Grohl’s directorial debut, the documentary Sound City, and Buckingham’s Fleetwood Mac bandmate Stevie Nicks appears on the film’s soundtrack. In addition to this stellar finale, performers at this year’s Grammy Awards include red hot alt-rockers Imagine Dragons, heavy metal titans Metallica with pianist Lang Lang, and the much-anticipated Beatles reunion of Paul McCartney and Ringo Starr.

Fans are the only ones stoked for the show. “We’re incredibly excited about this number,” 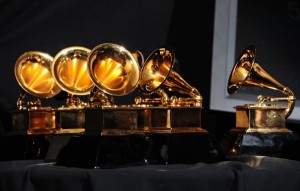 stated Grammy Awards executive producer Ken Ehrlich. “There’s nothing better than when the Grammys can rock out, and to have these artists all together on one stage, doing a number that, when they presented it to us, knocked us out, is going to turn out to be one of those Grammy moments that people talk about for a long time. Long live Trent, Josh, Dave and Lindsey and these great bands!” This year, Nine Inch Nails are nominated for Best Alternative Music Album for their long-awaited eighth studio effort, Hesitation Marks. Queens of The Stone Age are up for Best Rock Performance for the track, “My God Is The Sun”, and for Best Rock Album for …Like Clockwork. Dave Grohl is a two-time nominee this year without the Foo Fighters. He’s up for Best Rock Performance for the song “Cut Me Some Slack”, with former Nirvana comrade Krist Novoselic, the legendary Paul McCartney, and Pat Smear, and Best Compilation Soundtrack for Visual Media for Sound City. While Lindsey Buckingham himself is not nominated this year, his guitar work is featured on the song “If I Loved You” by Delta Rae, which earned renowned producer Rob Cavallo a nomination for Producer of The Year, Non-Classical.  Dave Grohl is a thirteen-time Grammy Award winner. This year marks Nine Inch Nails’ thirteenth nomination, and they have two wins under their belt. Including this year’s nods, Queens of The Stone Age have been nominated six times. Lindsey Buckingham was nominated for five Grammys with Fleetwood Mac, and the band won Album of The Year in 1978 for their masterpiece, Rumors. 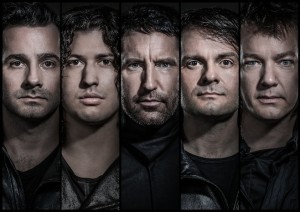 In the last year, frontman Dave Grohl directed Soundgarden’s video for “By Crooked 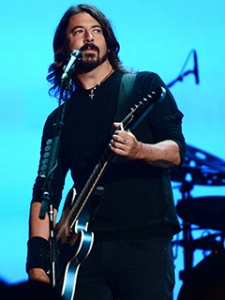 Steps”, recorded drums on the new Queens of The Stone Age album, …Like Clockwork (heavily praised as one of the best albums of 2013), produced Ghost B.C.’s latest EP, If You Have Ghost, directed his first documentary, Sound City, and collaborated with Zac Brown Band on their country rock EP, The Grohl Sessions, Vol. 1. Foo Fighters last album, 2011’s Wasting Light, debuted at #1 on the Billboard Top 200 and was produced by Butch Vig, who produced the legendary Nirvana album, Nevermind. Keeping with the desire to create a rawer and heavier album, Grohl decided to record it in his garage in Encino, CA. The disc went on to earn the band five Grammy Award nominations, including Album of The Year. The album won the award for Best Rock Album, and the song “White Limo” won Best Hard Rock/Metal Performance, and “Walk” won both Best Rock Performance and Best Rock Song. Foo Fighters walked away with a fifth Grammy that night – the award for Best Long Form Music Video for Back and Forth, a documentary about the recording of the album. To support the record, the band hit the road on the Wasting Light World Tour from December 2010-September 2012. Foo Fighters recently played a special show on December 13, 2013 in Mexico City, Mexico. This concert marked the band first trip to the country. The band’s new disc is tentatively due out in late 2014, and it most definitely made our list of the Most Anticipated Rock Albums of 2014. On February 1, Foo Fighters will headline the Bud Light Hotel Super Bowl Party in New York City, the night before Super Bowl XLVIII. The band is set to headline Firefly Music Festival in Dover, DE, on June 19-22. 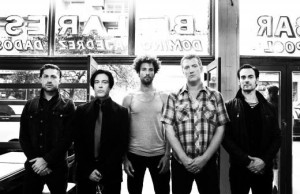 Queens of The Stone Age tapped Foo Fighters frontman Dave Grohl to play drums on their sixth studio LP. The album is the long-awaited follow-up to 2007′s Era Vulgaris, on which Grohl did not play. The album still debuted at #14 on the Billboard Top 200, selling over 52,000 copies in it’s first week of sales. Along with 2000′s Rated R, the band’s 2002 masterpiece Songs For The Deaf is one of the best albums of the decade, and the last time Grohl played with Queens of The Stone Age. The disc hit #17 on the Billboard Top 200, and went on to sell over 1 million copies. Throughout their career, Queens of the Stone Age have been nominated for the Best Hard Rock Performance Grammy Award four times. Queens of The Stone Age are touring in support the new album, …Like Clockwork, which debuted at #1 on the Billboard Top 200 back on June 4. Queens of The Stone Age served as a feature act at the Budweiser Made In America Festival 2013, and will be embarking on a co-headlining tour of Australia with Nine Inch Nails just before they perform at the Coachella Music & Arts Festival in April. – by Matt Bishop (Nine Inch Nails Photo Courtesy of Baldur Bragson, Dave Grohl Photo Courtesy of Emmanuel Dunand/AFP/Getty Images)

THE USED ANNOUNCE NEW ALBUM, 'IMAGINARY ENEMY', DUE OUT APRIL 1