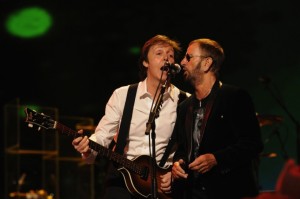 Iconic rock innovators Paul McCartney and Ringo Starr of The Beatles are set to reunite at this year’s Grammy Awards at the Staples Center in Los Angeles on January 26. The band will be receiving the Grammy Lifetime Achievement Award, and the surviving half of the Fab Four will be on-hand to accept. Paul McCartney alone is nominated for Best Rock Song for “Cut Me Some Slack”, a track he recorded with original Nirvana members Dave Grohl and Krist Novoselic, and Best Music Film for his live concert movie, Live Kisses. McCartney, 71, and Starr, 73, will also be performing together at the ceremony. The last time the now-duo shared a stage was Ringo’s 70th birthday celebration at Radio City Music Hall (New York, NY) in 2010. Also set to grace the Grammy Stage are red hot alt-rockers Imagine Dragons, and heavy metal legends Metallica. This will be Metallica’s first Grammy Awards performance in 23 years. 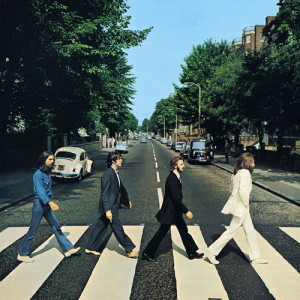 Show in 1964. To commemorate the landmark performance, John Mayer, Alicia Key, John Legend, will come together on January 27 to cover Beatles tunes for the special, The Night That Changed America – A Grammy Salute to The Beatles. Also, The Eurythmics are back and will be performing some Beatles songs for the special as well. Annie Lennox and Dave Stewart are reuniting for this one-time special occasion. The special will air on February 9, the anniversary of the original performance. The Beatles are undoubtedly one of the most iconic and influential music artists of all time. Throughout their career, they’ve garnered 7 Grammy Awards and an Oscar for Best Original Score. The Beatles are the number one selling act of all time, with over 2.3 billion records sold worldwide since their debut in 1962. Their discography boasts an impressive 6 diamond albums, and 24 multi-platinum albums. The band as a collective was included in Time Magazine’s list of The 100 Most Influential People of The 20th Century. – by Matt Bishop (Top Left Photo Courtesy of Kevin Mazur – MLP/Wire Image)