Rock News
by Matt Bishop
September 3, 2019March 19, 2022
(TRR) – Next spring, LIVE, Bush and Stone Temple Pilots are teaming up for Under The Southern Stars in Australia. The touring rock festival will stop in several cities throughout the month of April. Rose Tattoo and Electic Mary will serve as support on select dates, with an opening artist yet to be announced. Figurehead will open all Perth shows. “The rock and roll carnival has come to town,” a statement said. Ticket pre-sale for Under The Southern Stars begins 5 September 9am AEST‬. General on-sale begins 9 September 9am AEST‬. All ticket information is available HERE. The festival-style tour will include bars, boutique food outlets, village market stalls, a ferris wheel, and much more. 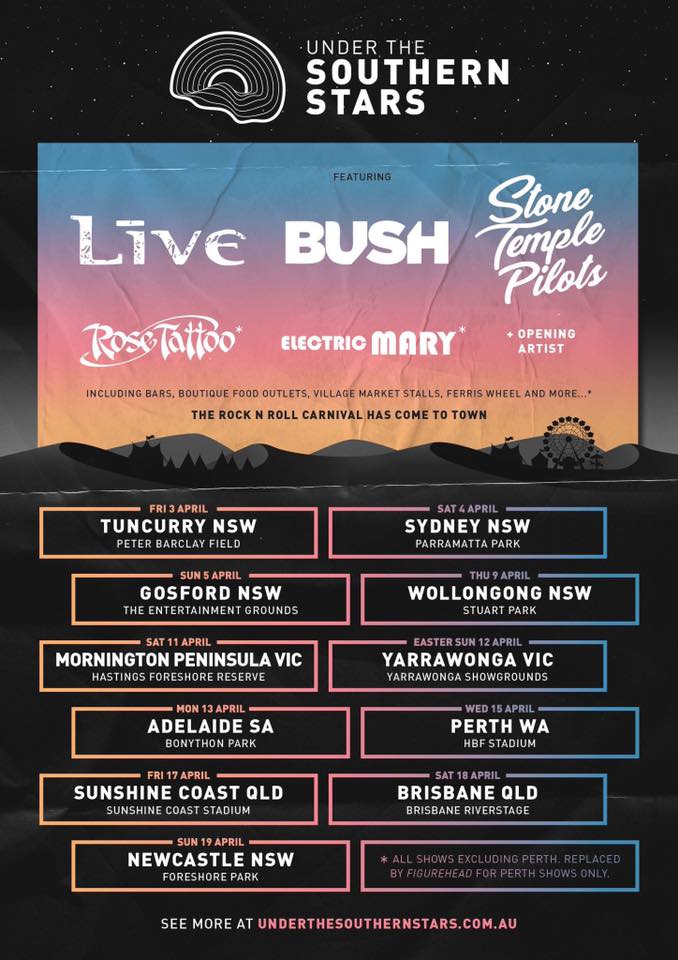