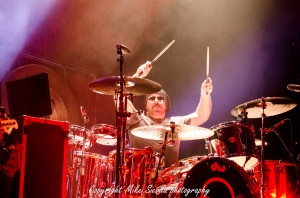 Led Zeppelin is undoubtedly the greatest band of all time. One may ask, “is it possible to properly pay tribute to such an act?” Well, it’s nearly impossible, but there is one man fit for the task. That man is Jason Bonham. Jason is the son of the late legendary Zeppelin drummer, John Bonham. On September 25, 1980, the world lost perhaps the most influential drummer in rock music history. Instead of persevering, vocalist Robert Plant, guitarist Jimmy Page, and bassist John Paul Jones ended Led Zeppelin.

Now, after 32 years and only 3 monumental reunion concerts, Jason Bonham has breathed new life into the Led Zeppelin catalog with Jason Bonham’s Led Zeppelin Experience – a touring band featuring Jason on drums, covering Zeppelin classics and rare gems. But that’s only the forefront of the project. The concert truly takes fans on a journey, giving them a true “experience”. The show features rare videos played on the big screen, including concert footage, still photos, and home movies that showcase John Bonham as a musician, man, and father. I personally enjoyed hearing Jason’s commentary in between songs, as he shared treasured memories and funny antidotes about growing up as the son of a famous musician. “To you, he was this wild, crazy guy who was the drummer of Led Zeppelin. To us, he was Dad,” Jason nostalgically stated.

I remember the first time I heard Led Zeppelin. I was maybe around 9 or 10 and my father was driving my brother and I home from 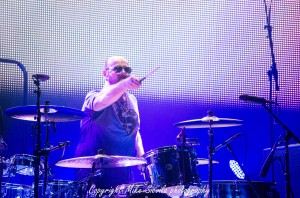 somewhere. Dad is flipping through the radio stations, and suddenly, “Rock and Roll” comes on. My eardrums metaphorically shattered into a million pieces, and my mind was blown to a far-off distant planet. I said “Dad, this is so cool. I love this song. Do you know who sings it?” He laughed. “Yes,” he said. “It’s a band called Led Zeppelin.” My naive responses continued to amuse him (which I was oblivious to at the time). I said, “We should get this CD”. Now that I think back, he smiled again but didn’t laugh. “I have it,” he said. It might as well have been Christmas. We got into the house and from the bottom shelf of the stereo he pulled out an old, beat up, huge square album – Led Zeppelin IV (Zoso). I was confused. It wasn’t a CD, nor was it a cassette tape. But I soon found out it was something much cooler. My dad put it on, and I sat in that room and played “Rock and Roll” over and over until dinner time. 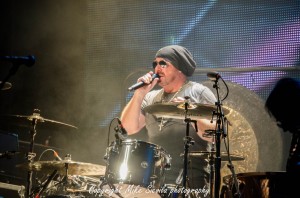 From that day on, my dad would regal me with Zeppelin stories, most notably that one when he saw Led Zeppelin live at the Madison Square Garden stop on their North American tour in 1975. As I watched the Jason Bonham Led Zeppelin experience unfold, I heard the echoes of my dad’s stories. Bonham and his band really brought the music back to life. The band opened up a classic that as you now know is near and dear to my heart – “Rock and Roll” – with Jason changing up the drum tempo a bit, making it his own. It was clear to me that Jason wasn’t just there to honor his dad and “cover” Led Zeppelin, but he was there to inherit the music and make it his own. I wouldn’t say there’s a such thing as a Zeppelin “rarity”, and Jason even stated, “I don’t think there’s a bad Led Zeppelin song, it’s just all about personal choice.” But there were definitely some surprise picks, including “No Quarter” and “Thank You”. Also, “Four Sticks”, a track where Jason was really able to go crazy on the kit and prove himself worthy of playing Zeppelin because of his talent, not just his last name.

Jason Bonham has not become a famous drummer because of his father’s legacy. He’s a talented musician that has drummed for the 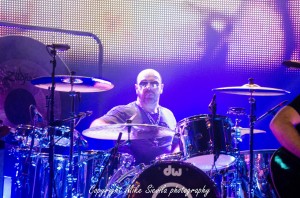 In 1994, Jason played drums with guitar legend Slash and vocalist Paul Rogers (Bad Company) at Woodstock ’94, the 30th anniversary of the original festival. Much like Jason has filled in for his dad with Zeppelin, Paul Rogers would later come to the aid of rock icons Queen to fill in for late frontman Freddie Mercury when the band reunited for reunion shows. In 1995, Led Zeppelin was inducted into the Rock and Roll Hall of Fame. Jason and his sister, Zoe, represent their father at the induction ceremony. The band was inducted by Aerosmith’s Steven Tyler and Joe Perry. Page, Plant, Jones, and Jason would later jam with Tyler and Perry to close the ceremony for the band’s third reunion performance. In 2007, Led Zeppelin was once again called to arms, and performed with Jason at the tribute concert for late Atlantic Records founder Ahmet Ertegun. The concert was recorded live at the O2 Arena in London, and will be released on CD and DVD on November 19. We will most likely see Jason with Led Zeppelin again on December 26, as the band will be honored at the Kennedy Center Honors. 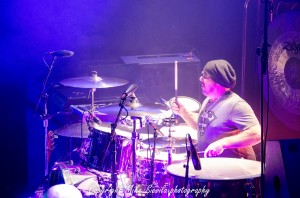 Jason Bonham’s Led Zeppelin Experience is most certainly a musical triumph. Jason Bonham has truly done his father’s legacy justice. It let’s us experience the songs that define rock ‘n’ roll to this day, and it also makes us yearn for a full Led Zeppelin Reunion World Tour, with Jason behind the drum kit. As I looked across the crowd, I saw everyone from people my age and younger who had grown up with their parents’ vinyls and a Led Zeppelin re-print poster on their dorm room wall to people who had actually lived through all the glory days. No matter who you were, however, if you closed your eyes and opened your ears for a brief moment, you thought you were at Madison Square Garden in 1975. – by Matt Bishop (Photography by Mike Sievila)

Welcome to the Revival of rock 'n' roll music. The way you used to hear rock, see rock, and feel rock is going to be shattered into a million pieces, reassembled, and revived. Dive into the realm of rock with interviews, concert coverage, and breaking news that make the music seem real again - in your ears, in your mind, and right in front of your very eyes. You'll feel the cool steel of the guitar strings and the smooth wood grain of the drum sticks right in your hands, all with the echoes of reverb in your head. This is the way rock was supposed to be experienced. Welcome to the Revival of rock 'n' roll music.
View all posts by Matt Bishop →
Tagged  Jason Bonham, Jason Bonham's Led Zeppelin Experience, Led Zeppelin.
Bookmark the permalink.