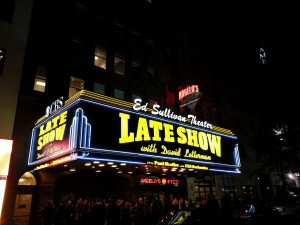 Tonight as I walked into the historic Ed Sullivan Theater in New York City, I got chills. The energy surrounding tonight’s performance was immense.
Soundgarden were about to perform to promote the release of their new album, King Animal. Many bands have graced the stage for a “Live on Letterman” performance to promote a new record, but tonight was exceptionally epic. Though the band reunited in 2010 and has been active since, tonight was the eve of the release of their first studio LP in 16 years.

Soundgarden didn’t just perform – they made a statement. Their 10-song setlist was comprised of 7 songs from their new album. Of course, you could smell the nostalgia in the room when lead guitarist Kim Thayil picked the first few notes of “Fell On Black Days”, but applaus and nods of approval were evident after each new song. They proved tonight on the Ed Sullivan Theater stage that they didn’t reunite to re-hash the glory days, spit out a vanilla, half-assed “new” record, and make some money. They’re here to make new music, and take the next step in their career.

The King Animal tracks have the new-car smell, but at the same time maintain that classic Soundgarden groove. Particularly on their final tune, “Rowing”, I heard hints of “Mailman” sprinkled in. Heavy riffs interlaced with nifty melodies and frontman Chris Cornell‘s legendary voice flowing just as good as, if not better than, ever. Drummer Matt Cameron and bassist Ben Shepherd are still keeping their groovy rhythm section heavy, with awesomely unorthodox time signatures. The band was very much in sync with one another on Letterman, and they were having fun too. Cornell and Cameron both interacted with the crowd, sending positive vibes into the audience. One thing is clear after tonight’s performance: Soundgarden is back.

Soundgarden exploded unto the mainstream with the release of their third album, 1991’s Badmotorfinger. The follow-up, 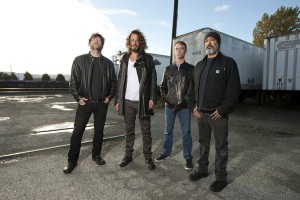 1994’s Superunknown, catapulted the band to legendary status. Debuting at #1 on the Billboard Top 200, the album has since been certified 5x platinum by the RIAA. The record earned the band two Grammy Awards in 1995, and today it still serves as a blueprint for heavy alternative rock music. Soundgarden disbanded in 1997 following the release of their 1996 effort, Down On The Upside. In 2010, the band reunited and issued their first greatest hits collection, Telephantasm. The album featured the previously unreleased single, “Black Rain”. In March 2011, the band released the live album, Live on I-5. The summer of 2011 saw the band embark on a sold-out summer tour, culminating with a headlining appearance at Voodoo Experience in New Orleans, LA. This past summer, the band were a featured act at England’s epic Download Festival alongside Black Sabbath, Metallica, The Prodigy, Megadeth, and Biffy Clyro.

This past spring, Soundgarden contributed a new single, “Live To Rise”, to the soundtrack of the blockbuster film The Avengers. The band’s first studio LP in 16 years, King Animal is set for release tomorrow, November 13 via Republic Records/Seven Four Entertainment.  The record’s first single, “Been Way Too Long”, dropped on September 27. The band will be staying in New York tonight and tomorrow they will embark on a very special 3-date North American Theater Tour (beginning at New York’s Irving Plaza) that will see the band playing three intimate venues across the continent. Los Angeles and Toronto will be treated to the performances. The Kings of alternative heavy rock have returned, and the Animal will be unleashed tomorrow. – by Matt Bishop (Photos by Matt Bishop (Top Left) and Kevin P. Casey – For The Times (Middle Right) 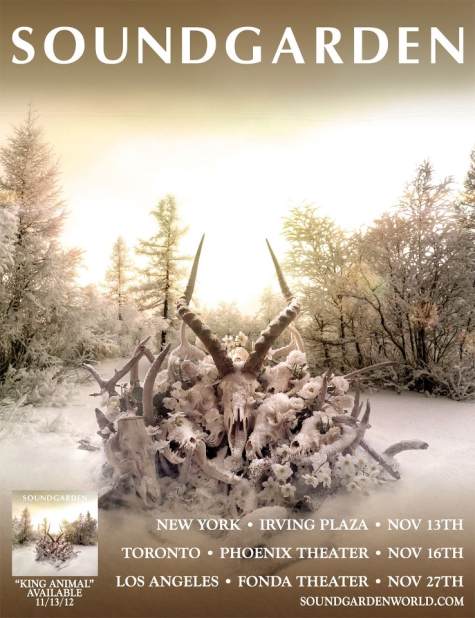