Home » JACK WHITE PREMIERES NEW MUSIC VIDEO FOR “WOULD YOU FIGHT FOR MY LOVE?”

JACK WHITE PREMIERES NEW MUSIC VIDEO FOR “WOULD YOU FIGHT FOR MY LOVE?”

Today, guitar guru Jack White premiered his new music video for “Would You Fight For My Love?” The track is the third single off his successful sophomore effort Lazaretto, which debuted at #1 on the Billboard Top 200 back in June. White had an impressive summer on the festival circuit with headlining performances at Bonnaroo, Governors Ball Music Festival, and more. In addition, he embarked on a world tour. White is set to perform at Music Midtown 2014 in Atlanta, GA on September 19-20 alongside John Mayer, Gregg Allman, Bastille, NEEDTOBREATHE, and more. – by Matt Bishop (Bottom Photo Courtesy of Tom Spray) 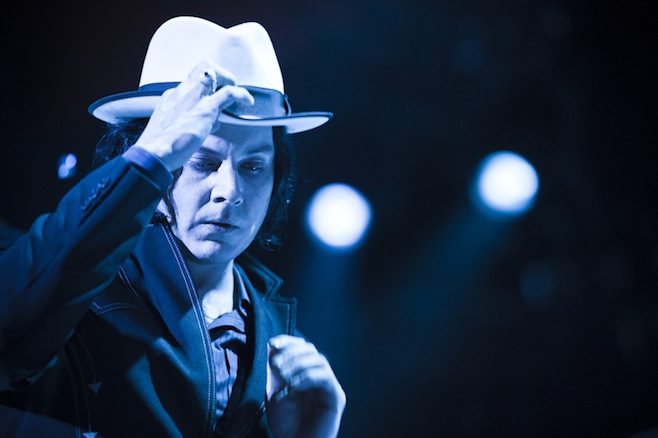 SLIPKNOT UNLEASH NEW OFFICIAL MUSIC VIDEO FOR "THE DEVIL IN I"