This fall, The Food Truck and Rock Carnival will make its debut in Clark, NJ. The music, food, and beer festival is set for September 18-20 at Oak Ridge Park. Slash feat. Myles Kennedy & The Conspirators and Godsmack are set to headline, along with featured performances by Stone Temple Pilots, Skillet, Lita Ford, Black Label Society, Sevendust, Clutch, Anthrax, Otherwise, Crobot, and many more. More acts are set to be confirmed in the coming weeks. Tickets are on sale now via TheRockCarnival.com, and the following packages are available: 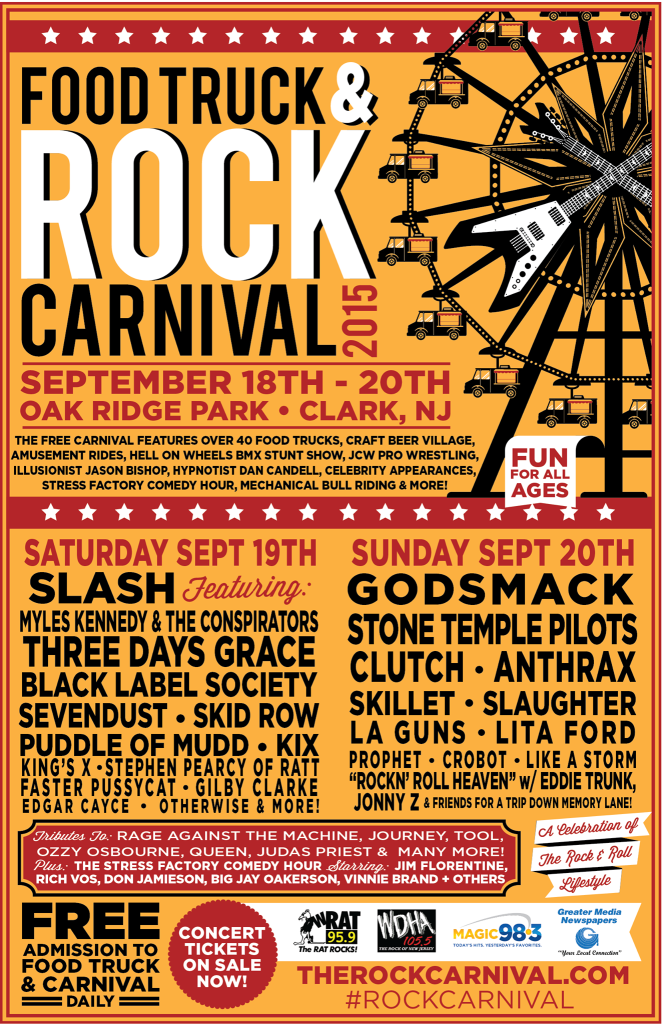