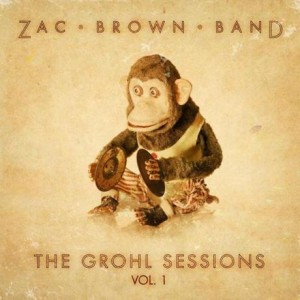 The iconic Dave Grohl has established himself as a music renaissance man, especially in recent years. Aside from getting his start as the drummer of Nirvana and now fronting Foo Fighters (two of the greatest bands of all-time), he’s turned his talent to film directing and producing. In the last year-and-a-half, Dave Grohl has garnered five Grammy Awards for the last Foo Fighters outing, Wasting Light, directed Soundgarden’s video for “By Crooked Steps”, recorded drums on the new Queens of The Stone Age album, …Like Clockwork (heavily praised as one of the best albums of 2013), produced Ghost B.C.’s latest EP, If You Have Ghost, and directed his first documentary, Sound 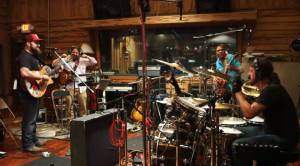 City. An official selection to the Sundance Film Festival last year, the movie is about the legendary Van Nuys recording studio on the outskirts of Los Angeles where many classic albums have been recorded by artists like Neil Young, Tom Petty & The Heartbreakers, Metallica, Fleetwood Mac, and…Nirvana. The film revolves around the studios cutting edge recording technology back in the day which set it apart from the rest at the time. The film includes interviews with artists, producers, engineers, and many more.

Now, in the midst of Foo Fighters rehearsals for an upcoming one-off show, Grohl has 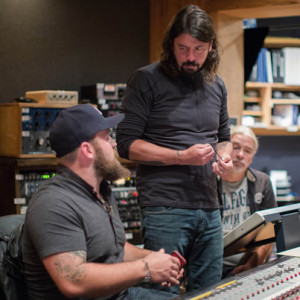 placed in hands of Midas into yet another project, this time with country music giants the Zac Brown Band. Grohl’s musical taste vary greatly from grunge (Nirvana) to mainstream modern rock (Foo Fighters) to heavy metal (Probot, Them Crooked Vultures). It comes as no surprise that he’d want to get into country, given his overall talent and appreciation for great music. Both parties hit the studio to record what Zac Brown titled simply, The Grohl Sessions, Vol. 1. Given this title, there’s most likely either a Volume 2 or a full-length LP coming out way in the future. For the Zac Brown Band, it’s awesome to see a grassroots country outfit with so many talented musicians expand to a heavier sound. 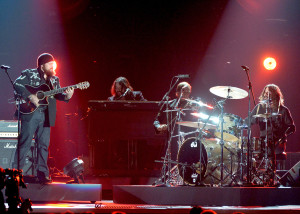 Dave and the boys collaborated back on November 6 at the 47 Annual CMA Awards, performing “Day For The Dead” off their new EP. An old college teammate and friend of mine, Kevin Crockett, was on-hand for the performance at the CMA’s. Crockett, an on-air personality for 92.5 XTU (Philadelphia’s country music station), was up for the CMA Award for Major Market Personality of The Year for his work on The Doc and Andie Show, which they won. “The performance at the CMA’s was amazing,” Crockett stated of Grohl and Zac Brown Band’s collaboration. “Dave Grohl crushed ‘Day for The Dead’ on drums – and I consistently tell people, if you’re looking to get into country music, go see the Zac Brown Band live. The combination was great.” 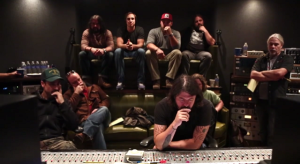 After accepting his CMA Award, Kevin and the XTU crew went out on the town to celebrate in Nashville. Grohl and Brown apparently wished to keep the party going as well. “We headed to a bar called ‘Losers’ in Nashville, a block or two away from our hotel,” Crockett recalls. “At about 1 in the morning we heard a band playing that sounded like they had Zac Brown singing. Under a bit of an influence and not really thinking anything of it – I headed to the bar to grab another round,” he said jokingly. “After walking into the bar, I noticed the crowd around the stage, if you want to call it a stage; more like a small platform. The Zac Brown Band and Dave Grohl had taken over the cover band. To me, it was the coolest thing ever – but if you ever hear stories about Nashville you’d know these things happen all the time.”

Foo Fighters are still enjoying the massive success of their latest album, 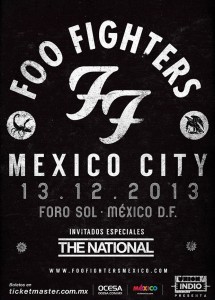 2011′s Wasting Light. The album debuted at #1 on the Billboard Top 200 and was produced by Butch Vig, who produced the legendary Nirvana album, Nevermind. Keeping with the desire to create a rawer and heavier album, Grohl decided to record the album in his garage in Encino, CA. Wasting Light would go on to earn five Grammy Award nominations, including Album of The Year. The album won the award for Best Rock Album, and the song “White Limo” won Best Hard Rock/Metal Performance, and “Walk” won both Best Rock Performance and Best Rock Song. Foo Fighters also “Walked” away with a fifth Grammy that night – the award for Best Long Form Music Video for Back and Forth, a documentary on about the recording of Wasting Light. In support of the album, the band hit the road on the Wasting Light World Tour from December 2010 to September 2012. Foo Fighters will be playing a special one-off show on December 13, 2013 in Mexico City, Mexico. This concert marks the band’s first trip to this country. 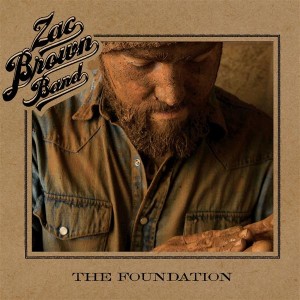 The Zac Brown Band broke out in 2009, and since then the band has received 55 major music award nominations, including the Grammy Award for Best Country album at last year’s award show. The album that garnered the gold, Uncaged, was the band’s fifth studio LP and debuted at #1 on both the Billboard Top 200 and Billboard Country Albums charts. The band’s previous outing, 2010’s You Get What You Give, also hit #1 on both charts. Both albums have been certified platinum. The band appeared at Bonnaroo in 2006, 2009, and 2010. Also in 2010, the band supported the Dave Matthews Band on their summer tour. Perhaps the band’s greatest success in the studio was their 2008 major-label debut, The Foundation. The album debuted at #9 on the Billboard Top 200 and #2 on the Billboard Country albums charts. It has since gone platinum, and sold over 3 million copies in the U.S. alone. – by Matt Bishop