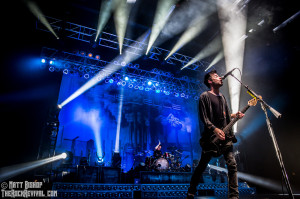 Chevelle and Crobot are teaming up for a brief but heavy U.S. winter tour. The month-long trek kicks off on December 6 at Music Farm in Columbia, SC and wraps up on 12/20 at Eagles Ballroom in Milwaukee, WI. Chevelle will wrap up their current U.S. tour leg on October 18 in Texas. The band released their seventh studio album, La Gárgola, on April 1 via Epic Records which debuted at #3 on the Billboard Top 200. Back in the spring, Chevelle was a featured act at 98 Rockfest in Tampa, FL, Welcome To Rockville in Jacksonville, FL, and Rock On The Range in Columbus, OH along with Crobot. The band has sold over 4 million albums in the U.S. alone, and five of their six studio efforts have charted in the Top 25 on the Billboard Top 200. 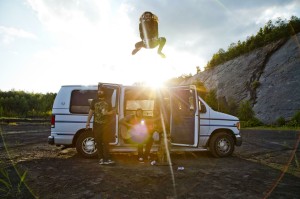 October 28 via Wind-Up Records. The disc is one of the most anticipated rock records of the year, and is featured in TheRockRevival.com’s Fall Album Preview. Crobot worked with renowned producer Machine (Lamb of God, Clutch, Gym Class Heroes, Cobra Starship) on the album, who also produced the band’s EP last winter. The band recently returned from a UK tour with labelmates The Virginmarys and they were a featured act at Louder Than Life Festival in Louisville, KY two weeks ago Louder Than Life Festival in Louisville, KY alongside Judas Priest, Korn, Alter Bridge, Limp Bizkit, and many more. – by Matt Bishop

FOO FIGHTERS AND HEART PERFORM "KICK IT OUT" ON LETTERMAN