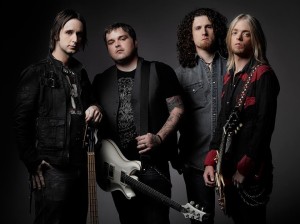 Southern hard rockers Black Stone Cherry have officially announced their new album, which they have openly been working on for months now. Titled Magic Mountain, the disc is due out on May 6 via Roadrunner Records just in time for festival season. The album’s lead single, “Me and Mary Jane”, is set to impact rock radio in March. “Not since before our first album have we felt the freedom and confidence that we felt while writing and recording this album. After touring the world behind three previous albums that we are extremely proud of, we feel this album best captures the live energy, honesty and vibe that encompasses our true musicianship,” the band said in a statement today. This time around, Black Stone Cherry teamed up with renowned producer Joe Barresi (Soundgarden, Queens of The Stone Age, Chevelle, Clutch). 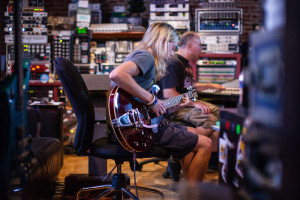 which kicks off on February 25 in Glasgow, UK. From there, the band returns to the States to hit the road with Seether and Skindred on an eclectic U.S. Spring tour. In addition, the band will be making several festival appearances, including Fort Rock, Welcome To Rockville, Carolina Rebellion, Beale Street Music Festival, Rock On The Range, and more. Black Stone Cherry’s studio effort, 2011’s Between The Devil and The Deep Blue Sea, debuted at #29 on the Billboard Top 200 and #1 on the UK Rock Albums Chart. The disc produced four hit singles for the band. Throughout their care, Black Stone Cherry have sold over 650,000 records and toured the world with the likes of Def Leppard, Kid Rock, Alter Bridge, Nickelback, Chickenfoot, Lynyrd Skynyrd, Motörhead, and more. – by Matt Bishop

(* – with Seether and Skindred)