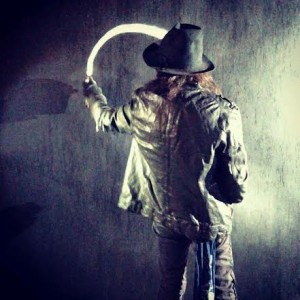 Last night, Aerosmith guitarist Joe Perry revealed more details about the band’s upcoming tour with Slash. The tour has been dubbed The Let Rock Rule Tour, and dates and ticket info are tentatively set to be announced on Tuesday, April 8. Joe Perry was also busy on the streets of Los Angeles, tagging Aerosmith graffiti to spread the word of rock ‘n’ roll. He sprayed some back alley walls with the Aerosmith logo, the tour title “Let Rock Rule”, and the date of April 8, which leads us to believe that’s when the dates will finally be announced. 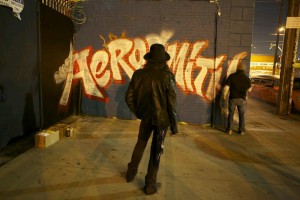 the Global Warming Tour. The tour supported their 15th studio album, Music From Another Dimension, which debuted at #5 on the Billboard Top 200. It’s not clear whether or not the band will be releasing any new material for this tour, but front man Steven Tyler is currently working on his first-ever solo album. Slash toured the world extensively in 2012 and 2013 behind his acclaimed album, Apocalyptic Love. The album debuted at #4 on the Billboard Top 200 and featured Myles Kennedy & The Conspirators. Slash and the gang have been working on the follow-up, and a new studio album is due out some time in September. – by Matt Bishop (@The_Matt Bishop)(Photos Courtesy of Aerosmith) 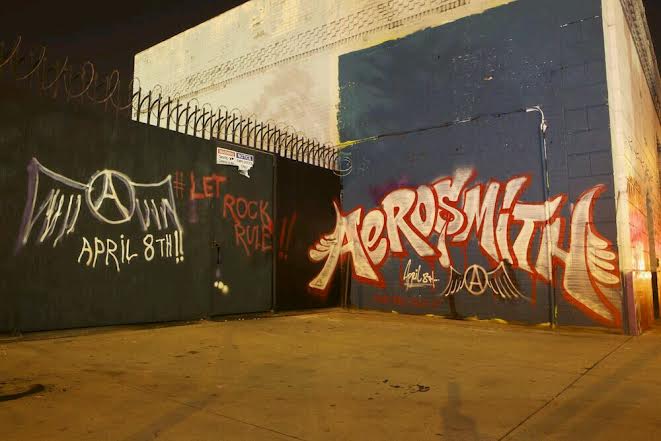 THEORY OF A DEADMAN ANNOUNCE NEW ALBUM, 'SaVages', DUE OUT JULY 8