Aerosmith axman Joe Perry has announced a 14-stop book tour to promote his new memoir Rocks – My Life In and Out of Aerosmith. The book arrives on shelves October 7 via Simon & Schuster. The book tour will kick off on the same day at Barnes & Noble – Union Square. Perry penned the memoir with assistance from award-winning music biographer David Ritz. Actor Johnny Depp, friend and Aerosmith fan, contributed a 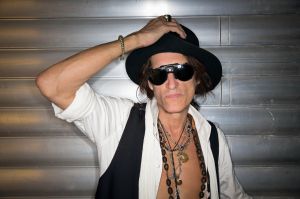 special foreword. Depp joined Aerosmith on stage at the Mansfield, MA stop of their recently-completed Let Rock Rule Tour with Slash. The band’s latest effort, 2012′s Music From Another Dimension, debuted at #5 on the Billboard Top 200 and #1 on Billboard Rock Albums via Columbia Records. It’s the band’s long-awaited follow-up to 2001′s Just Push Play, which hit #2 on the Billboard Top 200 and was certified platinum. In 2004, Aerosmith released a blues cover album Honkin’ On Bobo, that featured one original song. Their latest album was recorded in Los Angeles as well as at the band’s studio in Massachusetts. It was produced by Jack Douglas, Steven Tyler and Joe Perry, with the exception of three tracks produced by Tyler and Marti Frederiksen. To date, the band has sold over 150 million albums worldwide. They are the recipients of countless awards including 4 Grammy Awards, 8 American Music Awards, 6 Billboard Awards, 12 MTV Video Music Awards, and the MTV “Icon” Award in 2002. The band has 11 multi-platinum albums to their name, and 21 Top 40 Billboard Singles. In 2001, Aerosmith were inducted into the Rock and Roll Hall of Fame. – by Matt Bishop (Photos Courtesy of Aerosmith & Zack Whitford Photography) 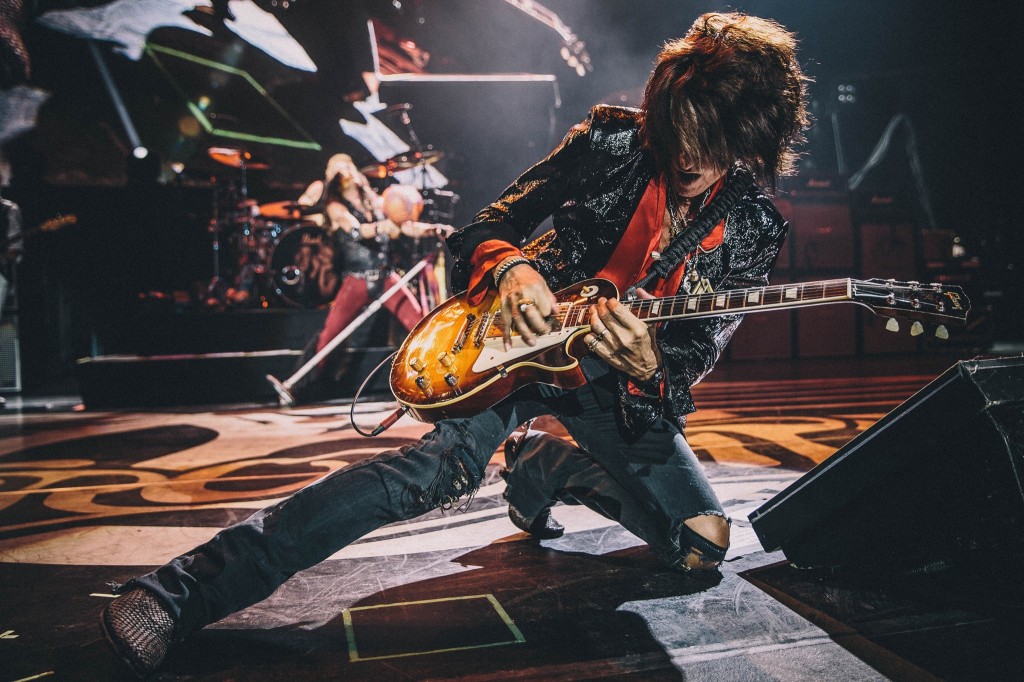