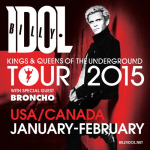 Rock music icon Billy Idol has announced a 2015 North American Tour in support of his upcoming new album Kings & Queens of The Underground. The much-anticipated new disc is due out on October 21 via BFI. Last summer in an exclusive interview with The Rock Revival, guitarist and collaborator Steve Stevens said that… Continue reading 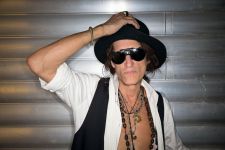 Aerosmith axman Joe Perry has announced a 14-stop book tour to promote his new memoir Rocks – My Life In and Out of Aerosmith. The book arrives on shelves October 7 via Simon & Schuster. The book tour will kick off on the same day at Barnes & Noble – Union Square. Perry penned… Continue reading